Show and Tell With Rian Johnson

They didn’t look all that remarkable – just two tiny, weather-beaten notebooks – but these artifacts steered much of the conversation at Friday morning’s Script-to-Screen discussion with Rian Johnson about his first film, Brick, starring Joseph Gordon-Levitt. 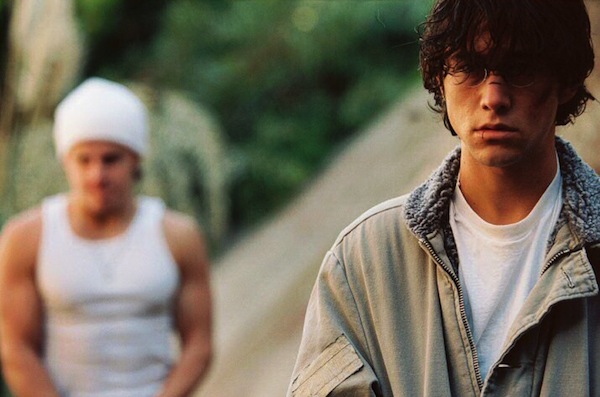 Johnson brought the notebooks along as visual aids emblematizing the long creative gestation of Brick, his 2005 debut that brilliantly married a high school setting to Dashiell Hammett-style speech and plotting – think femme fatales and dialogue you could make a meal out of (“So now we've shaken the tree. Let's wait and see what falls on our heads”).

The first notebook, Johnson explained, was where he jotted down notes, meticulously built the story. (Flipping through the pages, he recalled that he’d been working for Disney at the time, so mixed in with Brick ideas were random notes for promos for Fievel Goes West and Even Stevens.) In this stage of conception, Johnson said, “You’re not constructing something, you’re excavating. You’re discovering what something wants to be.”

The other notebook was where he storyboarded Brick – “my chicken scratch drawings of the whole movie,” he called it, explaining how crucial a part of the process these storyboards became, “playing the whole movie in your head” and “cutting away everything which isn’t absolutely necessary to the spine of your story.”

Moderator Christopher Boone (of nofilmschool.com) introduced a series of scenes from Brick and then asked Johnson to talk about the evolution from first draft to final cut. “I don’t remember,” Johnson laughed more than once. (He’s been busy since Brick, writing and directing 2009’s The Brothers Bloom and 2012’s Looper, as well as directing episodes of Breaking Bad.) Johnson was also gracious about the technical hiccups of the session. The collection of scenes was misassembled, so that three times Boone introduced a scene only to discover the wrong one had been cued on the DVD; the screening conditions were also less than stellar, with too much light in the room rendering picture quality pretty poor.

Still, judging by the enthusiasm in the room, we’d all seen the movie before and didn't require the refresher, and Johnson seemed to enjoy the look back. When Boone pressed him why he was “stifling” laughter, Johnson smiled, “I know it’s uncouth to laugh at your own movie.”

• Other influences: Miller’s Crossing, The Big Sleep, Strangers on a Train

• To master the script’s throwback vernacular and precise rhythms, Johnson would invite the actors over to his house, make them lunch, and drill lines until it became “muscle memory.” “On set, my job was to keep saying the word, ‘enunciate.’”

• On the original score, by his cousin Nathan Johnson: “I sent him a lot of Tom Waits.” His cousin delivered a “soundtrack that felt very earthy ... [with] instruments played with kitchen utensils.” Johnson called his cousin a “storyteller,” praising the way he was “sculpts” music to service the narrative.

• Not surprisingly, Johnson’s work on Breaking Bad was a topic of interest for the audience. Johnson said he relished the tight turnarounds of the television production schedule, but for now he was focusing on his feature film career. “When they figure out I’m a fraud and all this comes crashing down, I could happily direct TV for the rest of my life.”

The Austin Film Festival runs through Oct. 31. See our complete coverage at austinchronicle.com/austin-film-festival. 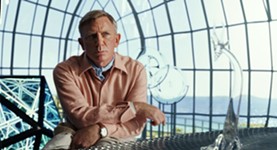 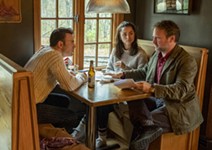 No Knives Out for Rian Johnson
Talking whodunnits, character actors, and $2 bills