The New Girls of Comedy

'Mom' and 'Trophy Wife' signal the next era of television

It’s interesting how characterizing a TV comedy as “broad” has evolved into a culturati slight.

Our Golden Age of Television has calibrated sophisticated viewers into liking certain aesthetic, narrative, and character qualities over others. Namely, I’m talking about those hip, urbane sitcoms like Arrested Development, 30 Rock, The Office, and Parks and Recreation (and on cable, It’s Always Sunny in Philadelphia and Louie and Girls) – single-camera, laugh-track-free satires that are always wry and can be especially dark.

Don’t get me wrong; I love these comedies, mostly because they are deft and clever, but also because they helped flesh out our modern understanding of what a comedy is. I think some of TV’s most powerful, poignant moments in the last 10 years have been in sitcoms; some of them were triumphant (Leslie Knope winning her city council race in Parks and Rec) and plenty were devastating (Michael Scott’s farewell). 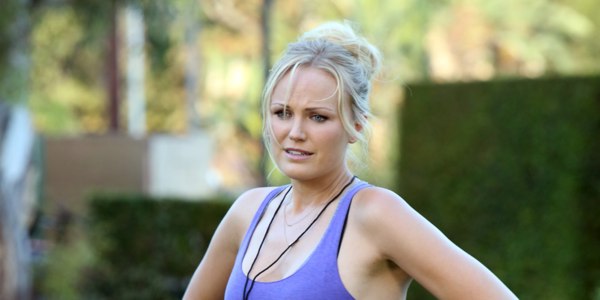 Mom on CBS and Trophy Wife on ABC, two promising new comedies, then, may represent what comes next. If those shows were the indie classics, this new wave of shows represents the big-budget productions that steal their best bits, blow them up, and strain them through premium casting. They are not “cool.” They do not connote the kind of highbrow taste the aforementioned shows would. But they are economical half-hours that have slayed me since they premiered with their witty and magnetic leads.

The show is secretly subversive. Kate is a reclamation of one of the oldest domestic cliches: the young, attractive dumb blonde who marries the rich divorcé to be propped up in photos like a prize – the eponymous trophy wife. Kate isn’t smart, her dialogue is noticeably simple and unfettered. But that doesn’t make her dumb, either: she’s incredibly game, wields her charm, and knows how to roll with the punches – all useful skills for a mother to have at her disposal. And Åkerman is a total goof. She proves herself an endearing lead, ably pulling off physical gags: In an early episode, to save her stepdaughter from getting in trouble for bringing a water bottle full of vodka to school, she chugs it before her mother can taste it, and you feel the burn right with her. And in Mom, Anna Faris does something seemingly impossible: She takes the crude, ugly humor of a Chuck Lorre show (Two And A Half Men, The Big Band Theory) and neutralizes it, allowing a prickly but sweet little show to break through. Faris plays Christy, a newly sober alcoholic with two kids, a lousy waitressing job, and an inappropriate romantic entanglement with her boss (Nate Corddry). Her mother, Bonnie (Allison Janney, sharp as ever), also a recovering alcoholic, has reappeared, and just in time: Like two generations before her, Christie’s teenage daughter has gotten pregnant.

Faris and Janney have the hoarse, loud voices that fit perfectly into the Lorre oeuvre; it certainly looks and sounds like his other shows. But Mom also does something his other shows haven’t: foster a sense of goodwill toward its characters. Even when they’re cutting through each other with those Lorre-brand barbs (personal attacks that usually involve drug use, sex, or some combination of the two), there’s something redeemable about their sparring. Part of it is Faris and Janney’s electric pairing, but it’s also because no one in the show ever feels like a huge creep. Am I grading Mom on a little bit of a curve? Maybe. (Probably.) But I think it’s saying something whenever TV families aren’t awful to each other all the time; it’s saying something else entirely when they’re awful to each other and the viewer pretty much lets them get away with it. 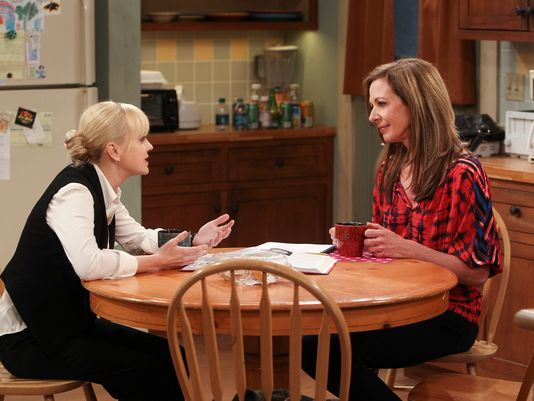 Mom, like Trophy Wife, wouldn’t work without its tart star. Anna Faris, with those giant eyes, booming voice, and that wispy fringe of hair, has long been an unconventional leading lady. Mom could stand to let her go to the inspired levels of weird she took her performances in The House Bunny and What’s Your Number?, though she’s doing fine playing the straight man. It’ll be interesting to see how both shows evolve and find the contours of their style—right now, they’re the sort of pleasantly innocuous programming fit for DVR binges and weekend laundry folding. More TV like this, please.