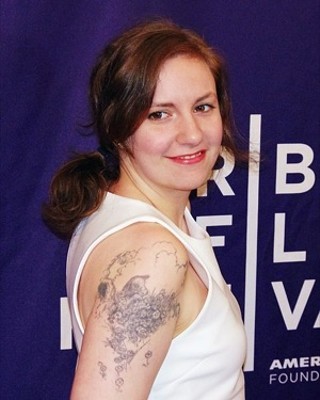 On the tails of yesterday's South by Southwest Interactive announcement, the Film arm of the March fest announced its first wave this morning.

The Film Festival, all told, will bring nine full days of screenings, plus 150-plus panels and sessions, but we'll handicap some of the highlights from this first round of programming below:

• Daily keynote speakers are new to the lineup for 2014, and the first three are Jason Blum (founder and CEO of the production company behind the Paranormal Activity franchise), Lena Dunham (Girls), and Jason Neistat (HBO's The Neistat Brothers). “By adding a daily Keynote, we aspire to further highlight and draw all eyes to creators who impact our culture in diverse and fascinating ways,” said SXSW Film director Janet Pierson in a press release. “Our first three keynotes epitomize the root of what SXSW Film stands for: singular vision, DIY creation, and gleefully coloring outside the established lines.”

• Future15 presentations are also new to Film this year. The 12-minute solo acts from industry gurus will give audiences insight into multiple aspects of crowdfunding and distribution.

• Workshops booked so far will touch on everything from auditions to immigration options to stunts on a budget.

• Hints of SXSW Eco bleed over into a Digital Domain panel about mission-driven docs from the folks at Whole Foods Market.

• Panels that caught our eye: "All About Hidden Camera & Investigative Reporting," "How NOT to Produce Movies," "Sound & Story with Skywalker Sound," and "The Smartest Dumbass: Interactive vs. Film" (no really, we're curious).

• There's also a whole spate of SX Sports events already on the docket, including (squee!) the return of stats-master Nate Silver.

Check out the full release over at the SXSW website.

SXSW runs March 7-16, 2014. Follow along with all the announcement's for SXSW (and read up on last year's highlights) at austinchronicle.com/sxsw.