What's the opposite of a sophomore slump? When Abel Ferrara followed up his sleazeball debut The Driller Killer with Ms. 45, he created an exploitation masterpiece. Now Drafthouse Films is slamming a new clip in the deadly classic. 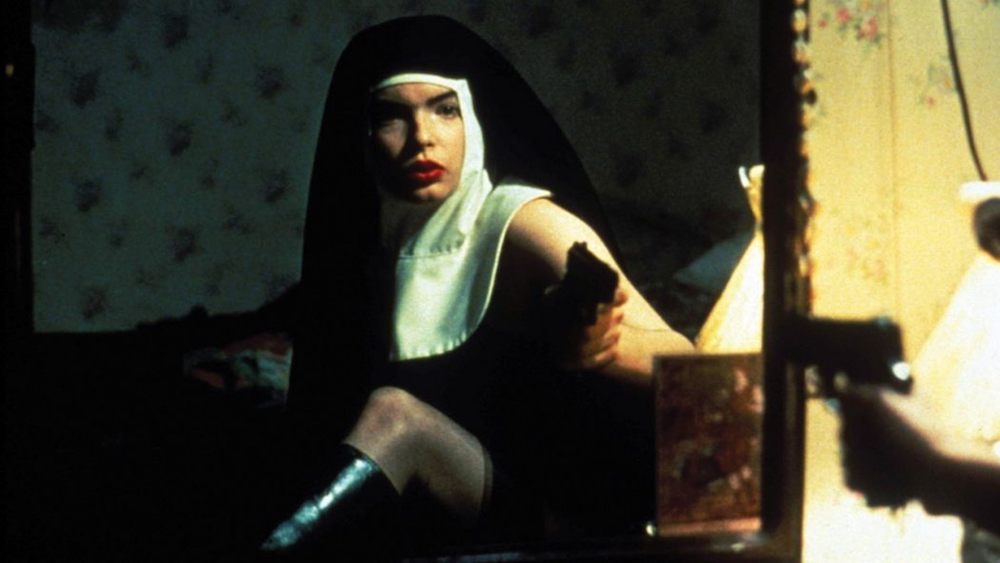 Zoë Tamerlis dressed to kill again in 1981's Ms. 45, scheduled to be reissued by Drafthouse Films this winter

Drafthouse will be releasing the full, uncut version of the film in theatres this December, with DVD and Blu-ray to follow. This is the complete version, never before released on disc in the U.S., and taken directly from the negative. At the same time UK-based boutique vinyl label Death Waltz Records will be releasing Joe Delia's score. They're already offering a free download of two tracks here.

At the time of its original release in 1981, Ms. 45 (aka Angel of Vengeance) was written off as another sordid entry in the rape-revenge canon. But the surrealist image of future Bad Lieutenant co-scripter Zoë Tamerlis dressed as a nun, blasting away at a Halloween party, that alone ensured its place as a classic of ’80s underground culture.

Tamerlis plays Thana, a mute seamstress in Manhattan's Garment District who is attacked twice in one day. Her violent mental breakdown and bloody killing spree stands with Catherine Deneuve's explosive murder spree in Repulsion. It evokes some of the same questions about the limits of revenge and self-defense, and foreshadowed Bernhard Goetz's infamous subway vigilantism by three years.

This is the fifth time Drafthouse Films has ventured into the realm of archive re-releases. Its biggest artistic success came with Ozploitation masterpiece Wake in Fright, while negative-budget oddity Miami Connection has become a modern spin-kicking cult (read our interview with director Grand Master Y.K. Kim here). There was also the Texas resurrection of spaghetti Western oddity Comin' at Ya 3D (read our interview with actor/director Tony Anthony here). Still to come is gonzo Italian science-fiction/horror The Visitor.