‘Butcher Boys’ are after you, and on DVD today

The first time I met Duane Graves was in 2000 at a film festival screening of his sweet Up Syndrome, a documentary about childhood best buddy Rene who was born with Down syndrome. Little did I know what a bloody turn his career would take. 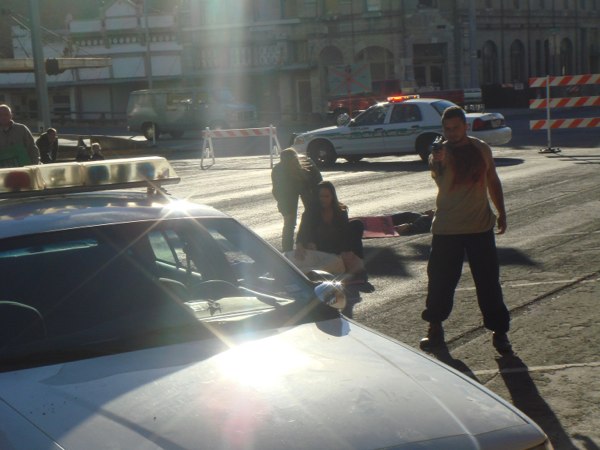 First there was The Wild Man of the Navidad, a tall and scary tale about a Texas Bigfoot monster for which Graves shared directing duties with Justin Meeks, a pal from Texas A&M University-Corpus Christi who also acts in the film. 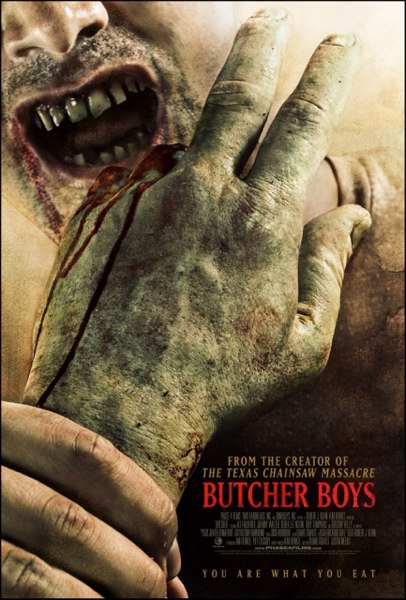 Meeks and Graves took a college class from Kim Henkel, famed as co-writer of the original Austin horror legend The Texas Chain Saw Massacre. Henkel gave advice and served as co-producer on their microbudgeted Wild Man, and gifted the pair with a script called Boneboys about crazed cannibals that had sprinkles of Chain Saw all over it. That project comes out on DVD today, renamed Butcher Boys. 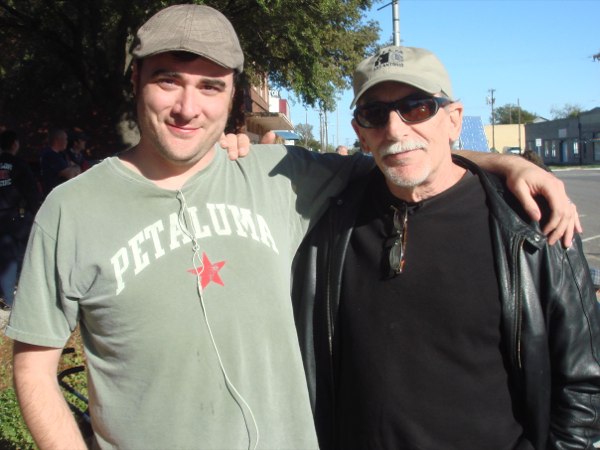 On a downtown Taylor Street in late 2010, Henkel, clad in dark sunglasses and baseball cap, called the story his updating of Jonathan Swift’s satirical essay “A Modest Proposal,” which suggested poor people sell their children to the rich as food. Henkel imagined the descendants of folks who took Swift up on his proposal. "They discovered that eating human flesh is highly addictive," he said. "Eat too much and it turns you into a monster."

Nearby, protesters crowded around a butcher's shop carrying picket signs reading "enjoy your rotten carcass" and "meat = murder." Suddenly, men with bloody shirts and guns exited, and the crowd scattered. A young woman (Ali Faulkner) in a sparkly red gown raced away from a hulking madman nicknamed Amphead – certain to draw comparisons to Leatherface – as he swung a heavy chain over his head. She leaped into a getaway car. 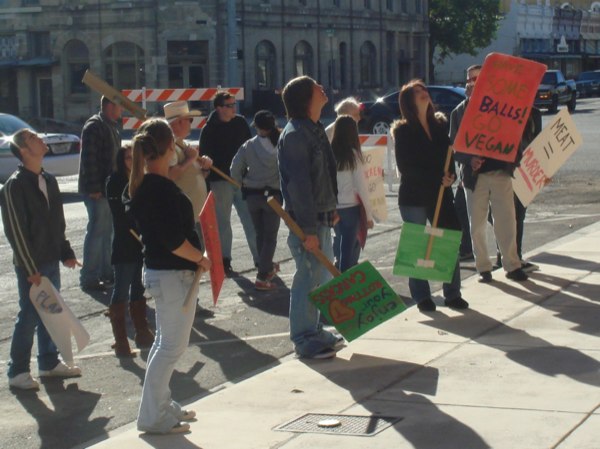 If there are an doubts about the film’s Chain Saw lineage, consider some of the actors making Butcher Boys cameos: Ed Neal (the hitchhiker), Marilyn Burns (the original “scream queen”), Teri McMinn (the meat hook victim), John Dugan (the grandfather), and Bill Johnson (Leatherface in the 1986 sequel).

Graves and Meeks huddled together by the camera in Taylor, sweat dripping down their faces. While still an indie film, this was a movie with a full crew and cast to wrangle. They had reached the point where it was time to quit their day jobs and follow the film dream full force. Graves, a Texas film history buff, notes with a grin that Dennis Hopper-directed 1990 cult film The Hot Spot was lensed just a few blocks away.

Does Butcher Boys live up to its pedigree? Early word is the polished yet vintage look of previous Graves and Meeks films shows up again here. The pair are horror aficionados who already have their supernatural Western Red on Yella, Kill a Fella in the can and ready to pounce on viewers.