It is no minor accomplishment that Masters of Sex, about pioneering human sexuality researchers Dr. William Masters and Virginia Johnson, manages to not be pervy – this is Showtime after all.

But where the network’s other shows have been lurid, or crassly prurient, the new period drama by Michelle Ashford offers a certain level of expert coital composure. While the show can fall into overwrought moments of period drama emotion, its commanding use of sex, the most personal act of human life, as the nexus of understanding our desires, fears, and intellect is fascinating, edifying, and at its very best, devastating. The sex in Masters of Sex is shot with a clinical eye, but that’s because the show is quick to express that there’s so much more to copulation than lithe bodies between sheets.

Adapted from the biography of Masters and Johnson written by Thomas Maier, the series opens on the two’s first meeting in 1956 at Washington University in St. Louis. She (Party Down's Lizzy Caplan) is a former nightclub singer transitioning to a secretarial job at the school’s hospital; he (Frost/Nixon's Michael Sheen) is a renowned obstetrician trying to get his dream research project, the body’s physiological response to sex, off the ground, but the school’s provost (Beau Bridges) is hesitant to present such a salacious topic to the research board. Thankfully, the show doesn’t waste any time playing out Masters and Johnson coming together – it gets straight to work.

The series follows the two as they conduct the groundbreaking research and studies that would come to inform our modern understanding of sex: that it happens in phases, that attraction is an incalculable factor in coupling, and that women have a more autonomy when it comes to their own sexual pleasure than Freud would have ever allowed them. It’s when these ideas are refracted by the characters’ domestic storylines that the show can be its most nuanced and powerful. Masters and his wife (Caitlin FitzGerald) are struggling to get pregnant, but their failure to conceive extends beyond fertility: Their marriage feels sterile, wrapped in psychoses and foibles they’re both unwilling to admit. 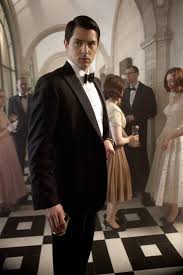 And Nicholas D’Agosto plays Dr. Ethan Haas, Masters’ protege, who drinks like Don Draper but without any of the swagger. After an early encounter with Virginia, who wants nothing more than a casual sexual relationship, his own sexual intelligence is upended, almost downgraded. “I do it [have sex] because I love you!” he pleads. As Virginia looks back at him sympathetically, she explains, “We do it because we like it.” Ethan learning to shake the notion of conflating sexual desire with love is a fascinating way to tell a coming-of-age story, and D’Agosto plays it with the right amount of overconfident naivete.

Sheen and Caplan are a well-matched pair. Masters and Johnson have an unconventional chemistry that stems from a fascination in each other, eyes peeled to see how they’ll impress the other all over again. Michael Sheen plays Masters as a finely calibrated ball of unattended, damaged nerves; you can feel the gravitas emitting from his flared nostrils during one of Masters’ many bouts of released pent-up anxiety. TV has so many bumbling, socially unaware geniuses, but Sheen’s is looser and more expressive.

It’s probably because he has to act next to Lizzy Caplan, who has an elevating radiance to her (it’s those bright eyes and wide, winsome smile) – she can’t help but transmit a warm intelligence. She often plays smartasses occasionally too smart for their own good, but ones who also often get the last laugh. In this role, that recalcitrance has matured: Even as whip-smart and agreeable as she is, in the face of weighty adversity, she makes Virginia Johnson (and herself) vulnerable. It’s an expert performance that seems totally effortless. 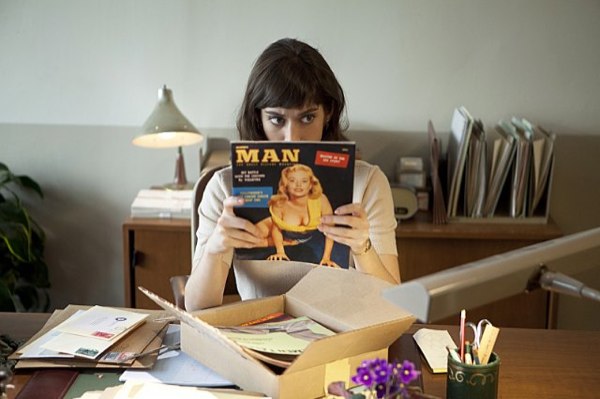 On occasion, at least in the first half of the show’s 12-episode first season, Masters of Sex draws too much attention to itself and the undercurrents of social change of the era, like a pop-up a window or phone notification with text that blares, “This is an example of feminism! Look!” Virginia, twice-divorced with two children, is naturally the center of many of these instances of overworked scripting, but those moments feel isolated – there’s so much more going on in this show. Ann Dowd and Allison Janney, in two knockout roles as Masters’ mother and the sexually stunted wife of the university’s provost, respectively, are a part of just two of the surrounding throughlines the show takes on and paces well.

Masters and Johnson worked together at Washington University doing the research and testing that amounted to their two definitive sexual texts for nearly a decade, and the two did eventually marry. That gives the show a nice outline to follow ,should it continue past its first season (though is there really any doubt that won’t happen?), and it’s already proven itself adept at fleshing out the story behind the title characters. There’s plenty of sex in Masters of Sex to go around, but this is nookie you want with strings attached.