The Man Behind the Leatherface Mask 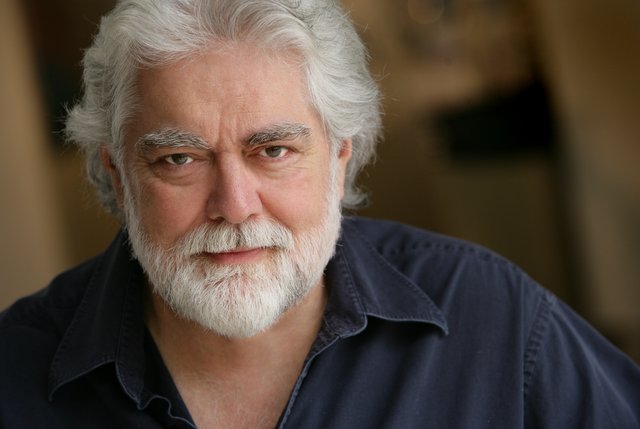 "People are absolutely convinced that these killings happened in Texas, and that they know exactly where it happened."
Gunnar Hansen aka Leatherface on the myths surrounding The Texas Chain Saw Massacre. (Image courtesy of Vortex, Inc)

Austin may have changed a lot since 1974, when UT student Gunnar Hansen joined a little independent horror film called The Texas Chain Saw Massacre as the hulking butcher Leatherface. One thing stayed the same. He said, "I could go away for the Summer and I could get lost when I got back because they were moving the streets."

Still, a lot connected with the film has changed since then. Hansen lives in Maine, a writer and sometime actor. The movie's old shooting location at Pflugerville has gone from scrub land to homes and apartment complexes. The infamous Slaughter family house is now out in Kingsland, transported and converted into a restaurant. But Chain Saw remains one of the defining American horrors. Plus, without it, there probably wouldn't be a Texas film industry. Not bad for a bunch of UT students, most of them with little to zero filmmaking experience, telling a tale of Central Texas cannibalism. Hansen said, "Looking back, it's really clear that this is a bunch of Austinites, and certainly the family represented a kind of Austin culture."

Many see the film as a metaphor for the death of the hippy dream, and there's a certain dark poignancy that it came out of Austin. Hansen returns to the city this Sunday, Sept. 29, with a signing at Bookpeople of his new autobiography Chain Saw Confidential: How we Made the World's Most Notorious Horror Movie. In it, he points out one shot with a horrific local subtext: The opening image of an armadillo, Austin's spirit animal, splattered across the road. Hansen said, "As Kim Henkel, the writer, told me, this is everyone's nightmare. You live in the city, and two steps out of the city you're in a rural nightmare. That certainly applied to Austin. You didn't have to go far, and you weren't in this hippy kingdom any more. You get to the edge of town, and you don't fit."

Not that '70s Austin was always the pastoral idyll that some people like to pretend. He recalled, "When I would walk to class at the university, countless times guys would pull up in their cars and start screaming obscenities at me. After all, I had a beard and long hair. Typically of bullies, all I would have to do was turn and walk towards them, and they would drive off. They never were a threat because they realized they had no power. Once you get outside of town, it was a different thing."

Austin Chronicle: In the book, you talk a lot about the cultural impact of Chain Saw. Was there a moment when you realized that it was this cultural touchstone?

Gunnar Hansen: It was very late. When I moved to Maine in '76, I didn't have a TV for many, many years, and I had no idea how big the movie was. It was in the early '90s, and I was watching Cheers, and the Kirsty Ally character, the entire episode, she's lording it over her friends at the bar that she's going to be housesitting an estate in the country. The last act, she's out there and she gets very nervous, once she realizes it's very dark and she's alone. She runs around, locks all the doors and windows, and she sits down in the middle of the living room when she hears a noise. The last line of the episode is, "Oh, Leatherface, I hope that's not you."

It was that point that I realized that the movie had truly entered the culture. Not only did they not have to explain the Chain Saw Massacre reference, they didn't have to explain who Leatherface was. It was really not 'til then that I understood what had happened with this movie. Or started to, anyway. I don't know if I ever understood it completely.

AC: I interviewed Adam West a few years ago, and he told me it had taken a long time to get used to always being known as Batman. How has it been, being synonymous with Leatherface?

GH: It's been fine for me. First of all, I wore a mask, so walking down the street, I'm rarely recognized. I think over the years I've been recognized two or three times, and even then it's because of some other movie they saw me in. So I'm pretty much anonymous all the time. I don't have an issue with the fact that I'll always be thought of as Leatherface. That's going to be on my gravestone, and that's fine with me because I never had ambitions to be an actor, so for me it never interfered with any career ambitions I had. My work was always writing. So I'm just grateful that I've been involved with anything that anybody remembers me for. As you know, as a writer, writing is the fastest road to anonymity there is. 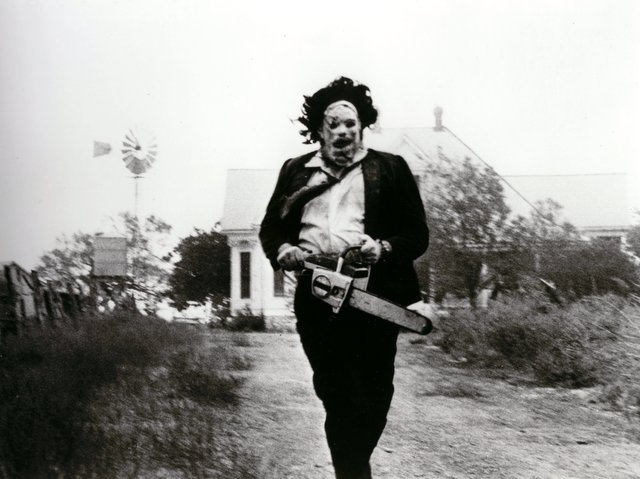 "how can this hulking creature be so undeveloped that he still has his baby teeth?"
Gunnar Hansen on the tragedy of Leatherface. (Photo courtesy of Vortex, Inc)

AC: Leatherface stands out among the slashers: There's a lot more of an emotional life to him than, say Jason or Michael Myers, who are blank slates. You could have got away with just being a big guy wielding a hammer and a saw, but there's a lot more going on.

GH: One of the great things about this film is that they don't explain the back story at all, except to say that a couple of them are unemployed slaugherhouse workers. And yet, in the audience you feel there is a big back story, that these people have a history – we just don't know what it is.

For Leatherface, I was very lucky in that Tobe [Hooper, director] and Kim really explained to me in detail what his mentality was, and what his relationship with the family was. That really helped me figure out how I was going to physically represent him. I think one key as to why people see this childlike nature in him and why there's they're so sympathetic, is the scene after he's killed Jerry the van driver. He runs to the window. I think that's the key scene in understanding that Leatherface is not pure evil, that there is some sort of bizarre humanity. He looks out the window and and he sits down and there's a close-up as he's staring off blankly and patting his face and fretting. That scene is where we're able to portray some of that element. Plus you're able to see his fear of the family. It helped that my dentist, when he made teeth, used baby teeth. It really surprised me, but it makes you wonder, how can this hulking creature be so undeveloped that he still has his baby teeth?

AC: Some people get very good at separating out two careers. There're a lot of horror fans that never knew that, aside from making gore movies, Herschell Gordon Lewis literally wrote the book on direct mail advertising. How have your writing career and your film career meshed, or have you managed to keep them apart?

GH: For a long time, they had really no relationship to one another, because I wrote for magazines. After magazines, I started writing documentaries. I think when I wrote the book Islands at the Edge of Time, that was the first time the two started bleeding into each other, and then only because the published put a blurb on the jacket that talked about my role as Leatherface. I called and said, 'you gotta change that, because that's got nothing to do with this.' They stopped the press and redid the blurb on the wrapper.

In a way, in the long run, Chain Saw's helped me as a writer, because it's meant people are willing to look at scripts I write. 'Oh, this is Leatherface, this must be scary.' It doesn't help me when I'm trying to do a script that's not horror, but it certainly helps me when there's producers doing horror films that they're at least going to the effort of reading a script of mine. I don't know, maybe they think I wrote Chain Saw.

AC: Which might be the only myth people haven't told about it. That's one thing you touch on, the Chinese whispers around the film. What's the wildest story you've ever heard about the production?

GH: Of course, there's people who believe that people were killed during the filming. I think the most insane thing is really the silliest, which is that people are absolutely convinced that these killings happened in Texas, and that they know exactly where it happened. The stories vary all over the state, but most of them believe it happened in Corsicana. The story's always the same: 'I remember when it happened, it was in the papers, it was terrifying.' Then it becomes, 'My mother remembers reading about it, it was terrifying, she would tell me all about it.' It evolves, but essentially it's 'this is a true story.'

This is the part that's insane to me. People are so invested in this fact, that many of them get angry when you try to correct them. Tim Hardin has a website about Chain Saw Massacre (www.texaschainsawmassacre.net), and he has a section on what is the true story. He gets emails, and I quote a couple of them in the book, that are downright hateful. 'How dare you say this? We know the world is filled with devil worshipers and you're one of this agents who pretends this didn't happen.' My favorite is, 'For you to deny the reality of the Chain Saw Massacre is the same as denying the Holocaust. And I have family who fought against the Holocaust and died in Germany, and you are a scumbag. Fuck you and have a nice day.' Just this kind of bizarrely intense conviction.

Gunnar Hansen will be at Bookpeople (603 N. Lamar) at 7pm, Sept. 29, signing his new book Chain Saw Confidential: How We Made the World's Most Notorious Horror Movie (Chronicle, $24.95). 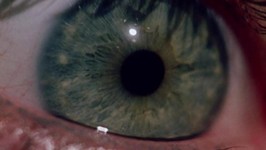