Conversations With a VEVO Pickup Artist

Tommy Wooldridge brings his Lyric Lines to the ATX 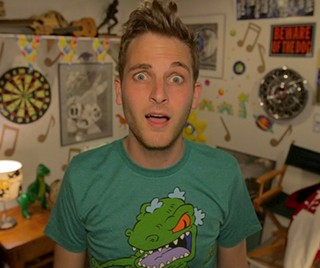 Tommy Wooldridge is a bright-eyed, bushy-tailed pickup artist who’s absolutely terrible at his job – though, to be fair, the degree of difficulty he’s set is quite high.

His mission, as shown on the Web series “Lyric Lines” last autumn to the tune of 2 million views, is to entice girls to date him by using nothing but lyrics from today’s most popular singers and performers. It’s that simple. You can see it in each video: under the eye of a hidden camera, Wooldridge walks up to innocent female bystanders, presents them with a lyric from a song – last fall he used songs from Taylor Swift and Blink-182 – and waits with bated breathe for them to turn him away.

The whole operation ends up looking a whole lot like this.

Wooldridge recorded the first season of “Lyric Lines” in his native Nashville, home to Vanderbilt, bachelorette parties, and, for now, Hayden Panettiere. For his second season, which premieres on his VEVO channel today, Woolridge high-tailed it down to Austin, where, in August, he cruised around the city for four days trying to woo women into candlelit dinners.

We caught up with Wooldridge during his second day in town, after he’d been rejected by a handful of girls who had no interest in dating a man whose entire pickup game revolves around his knowledge of Rap Genius.

Austin Chronicle: How have you enjoyed Austin so far?

Tommy Wooldridge: It’s fun for my first visit here to be picking up girls.

AC: Why did you decide to film in Austin?

TW: I did a lot of research and found that Austin just seemed like an awesome city. It was on a lot of lists online for Most Beautiful Women in the Country. I was like, "OK, I should go to Austin then."

AC: How’s it worked out for you so far?

TW: I’ve never been rejected by more beautiful women. It still hurts, but I’ve gotten used to the sting of rejection.

AC: Do you ever see a girl and say, "Dammit, I’d like to talk to her using some other method of conversation besides lyrics from a modern pop artist"?

TW: I don’t know. I see a lot of girls, and a lot of them are really pretty. Sometimes I’ll just walk up to one and lose the nerve. No matter how many times I’ve done this, I still get too nervous to try it. We’re now on episode 16, and I still chicken out on so many attempts.

AC: Where have you been in Austin so far?

TW: Not too many places, so far. We filmed on the Drag, and we filmed a lot, so far, around University of Texas.

AC: Where are you going tomorrow and Friday?

TW: We’re not really sure yet. A lot of people have told me that Sixth Street’s a cool spot.

TW: Someone suggested Whole Foods. We filmed at a Whole Foods in Nashville in the past, and my camera guy thought we should get over there here. But we don’t know of many spots.

AC: It’s closed on Thursday, but on Friday you should go to this pool called Barton Springs. And there’s a district called South Congress that has a lot of people milling about.

TW: Hang on, let me write these on my phone.

AC: I didn’t realize you were from Nashville until the phone rang and I saw your area code. Our two cities have a lot in common. In terms of your rejections, who’s letting you off easier?

TW: People have been nice in both. I don’t know if I’ve tried anybody yet who hasn’t had a boyfriend.

AC: That’s such a copout. They’ve got to be lying to you, right?

TW: My camera guy, every time I try a lyric and they tell me they have a boyfriend, he’ll walk up to me and tell me if he thinks they’re lying or not. I can’t imagine they all do.

TW: A lot of people have recognized the Nicki Minaj lyrics. It doesn’t help that they’re really risqué.

AC: It’s a good thing you don’t have to deliver them in her cantor.

TW: I’m definitely afraid of shooting the Jay Z episode, because the lyrics are going to be really raunchy. With my awkward delivery, it’s just going to be horrible.

AC: Have you figured out which Jay Z lyrics you’re going to use?

TW: I have three songs picked out already, but I still need to go through them. One of the lyrics is, “Excuse me, miss. What’s your name? Put your number on this paper, cuz I would love to date ya.”

AC: Here’s a suggestion for you if they say they’ve got a boyfriend. It’s from a song he did with Mya called “Best of Me”: “Have an affair. Act like an adult for once. Plus my hand is up your skirt, goddamn, you flirt.”

TW: Oh God, yeah. That would be great. I still haven’t been slapped yet, so maybe that would do it. 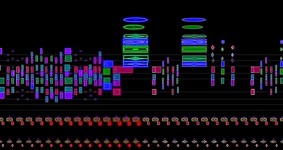