Even as it rails against Big Pharma and an overmedicated citizenry, the live-action/animated hybrid The Congress is total stoner bait. 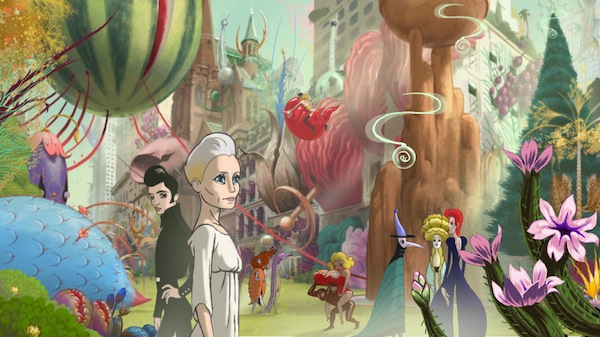 The second film from Israeli writer/director Ari Folman (Waltz With Bashir), The Congress is loosely adapted from sci-fi heavyweight Stanislaw Lem’s 1971 book The Futurological Congress, about a dystopic future where psychotropics hoodwink a whole population into a mass delusion of bliss.

Folman’s English-language feature puts an intriguing spin on the story, framing it around the story of an aging Hollywood actress – played by Robin Wright, playing a version of Robin Wright (she also produced) – who is contemplating the last contract offer she’ll ever receive. Confronted by her loving but frustrated agent (Harvey Keitel) with Robin’s long career of “lousy choices” (“lousy movies, lousy men”), Robin eventually agrees to a unique deal with the devil – here, a “Miramount” studio boss played by Danny Huston. Robin agrees to have her chemical makeup scanned so that an eternally young and digitally animated Robin Wright can go on acting for years, while the real, ever-aging Robin Wright is contractually bound to never act again. 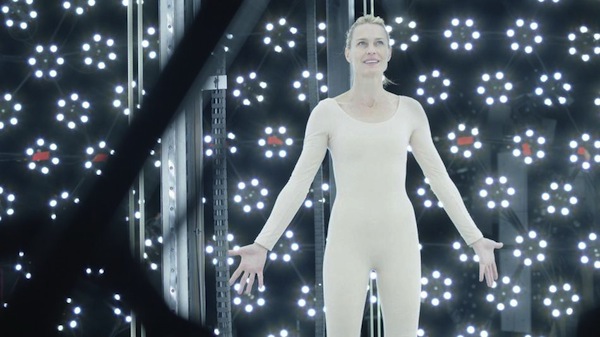 This is, to say the least, not an affectionate portrait of Tinseltown, and the notion of Hollywood product as now the opiate of the masses starbursts in the second act, set 20 years later, when Hollywood has become an animated zone. It’s a real-life Looney bin, where cartoon incarnations party hard with fin de siècle abandon, which Bashir dramatizes with a suitably end-times dread.

The Congress pretty much goes bonkers at this point, down a series of hallucinatory rabbit holes. Eventually the plot lands on hard enough ground for the viewer to parse the difference between real and not real, but by then it hardly matters. The motivation, and the message, never changes; it’s only that – as one character puts it it – “the drugs have just gotten much better.”

Wright is terrific in the live-action opening. But that opening runs 42 minutes long, a way too heavy-handed preamble to the crazed animation to come, and the actress’ vocal delivery – soft-spoken and gently bewildered – is too soporific to pull off lines like “look at me, I’m your prophet of doom.”

Long on vision but short on coherence, this live-action/animation dyad boasts a stranger kind of duality: As it unspooled, I felt I’d never seen anything quite like it before … and already I was fantasizing about a tighter, less self-serious remake.