Dominated by locals, the opening day of Fantastic Arcade proffered its fair share of insights into the art of making games independently. Theatre 9 at Alamo Lakeline saw triumph, humiliation, confusion, excitement, and laughs before calling it a night. Here are a few things to take with you from day one. One of the easier moments of Spelunky

The local developer had everyone on the edge of their seats as he not only defeated the heavily favored Zach Gage in tournament battle of Spelunky, but exceeded all expectations. Anyone who’s played Spelunky knows the pure joy through frustration that the game engenders in its players. The enemies and traps in the game are so numerous that even veteran players can die from a mere flying bat or tiny spider. The unflappable Pahlavan, ignoring the many eyes glued to his performance projected on the Alamo’s big screen, didn’t just stop at beating the game, opting to fulfill a series of complex tasks that open the door to bonus levels appropriately named Hell. Armed with little more than a freeze ray, Pahlavan’s character died moments before supreme victory at the fangs of a vampire bat. Needless to say, he's the man to beat in the hotly contested and continuing Spelunky tournament. 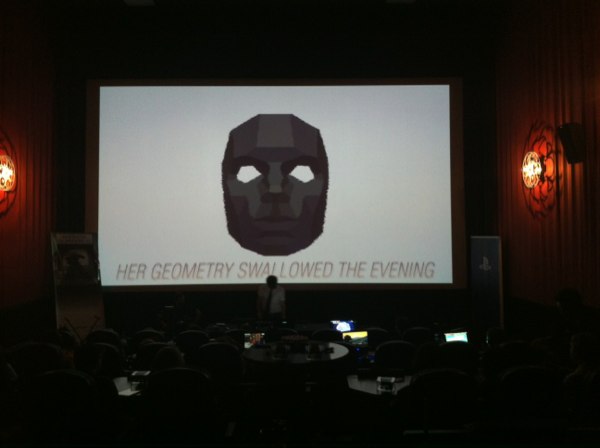 Lesson 2: Build a sense of mystery

The ever illusive Zak Ayles, scheduled to discuss his upcoming release, LIONESS, eschewed the usual presentation format, opting instead for a live performance of tunes from said game. Ayles manned a few laptops and a keyboard while a friend did his best to keep time on an electronic drum kit. Add some pixilliated and low-resolution imagery and you had a perfect break from the day's norm. If anyone doubted Ayles' commitment to obscurity, he flatly refused to do a Q&A afterward and instead of feeling like a snub, it just felt fitting.

Actually, that's far from the truth, but when Stanley Parable creator Davey Wreden pressed an audience member to describe his experience with the game, that's what came out. After playing the game's standalone demo the audience member added that it was "the worst thing that happened to me today." You could tell he somehow meant it as a complement since his laughs and smile were present for a large portion of the public playthrough. Kudos to Wreden for managing to raise expectations for The Stanley Parable (set to be released next month) without revealing anything about the game itself.

Lesson 4: Use your Kickstarter money wisely

Showing the gameplay for their upcoming title The Banner Saga, the men of Stoic impressed the crowd with a very polished role playing game. That's what you get for hiring heavy hitters like Powerhouse Animation to do your rotoscoping and Grammy nominated Austin Wintory to join a Dallas symphony for the soundtrack. Instead of freaking out when they made seven times their goal of $100,000, the team just expanded the game in a way that looks, sounds, and plays great, without feeling like they just tossing extras onto the game. Even if they did, you sure can't see the seams. William Pugh on the big screen just moments before ruining his chances of being BFFs with Phil Fish.

Lesson 5: Just because you're on Skype doesn't mean you're safe

William Pugh, Skyping in to chat with Davey Wreden about his work on Stanley Parable, let slip his opinions about puzzle/exploration game Fez. Little did he know that Fez creator, Phil Fish, was in the audience. Wreden, knowing Fish was present, pressed his telecommuninicating compatriot to share his real feelings about the game before revealing that the man himself was in fact present and listening. Pugh was happy to believe this was all just a ruse until Fish himself good-naturedly walked into the Skype camera's view to say hi.

The Arcade continues through Sunday with panels during the afternoon and tournaments in the evening, all free and open to the public. Just walk right by all the movie-goers with badges. Check out the schedule of events.