Checking In to Short Term 12

Brie Larson talks about the drama and heart of foster care 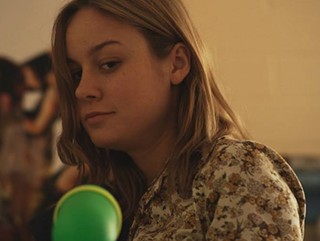 "If you're being authentic and honest, you can't make a wrong choice." Brie Larson on creating depth in the character of Grace in Short Term 12

Anyone who goes into social work has a reason: Many are personal, some are tragic, some hopeful. When Brie Larson walked in the shoes of Grace, a caregiver in the new foster care drama Short Term 12, she knew why. She said, "She's fighting for her survival, and she's fighting for these kids."

The debut feature from writer/director Destin Daniel Cretton, Short Term 12 bunks down in a group home for at-risk kids. As the name implies, no one is there permanently, but it's the job of Grace (Larson) and the other line staff to create something like a home for these emotionally fragile kids.

In another world, Grace could have ended up looking after one of Larson's most famous roles: Kate, the selfish but damaged daughter in United States of Tara. That show tackled family and mental dysfunction through dark comedy, but Short Term 12 takes a much more tender tack. Larson said, "It felt empowering to know that I could make a movie that, even if a couple of people watched it, it could change their perception of this little part of the world that we don't pay much attention to."

The narrative was drawn from Cretton's own experiences working in such a home (Rami Malek's role as the flustered newbie helper Nate is loosely biographical.) "I read the script and was just blown away," Larson said. "I think it was within about 60 pages, I hadn't even finished it, and I had called my representation asking if I could please, as soon as possible, meet with whoever was behind this script." What sold her was the naturalism of the conversations between the staff and the kids for whom they care. "It didn't feel like it was structured dialogue. It felt like a transcript of people talking."

As part of her own research, Larson shadowed workers at a facility like the one in the film. "There's a general understanding that it's something that exists, but I don't think we really know the ins and outs, and that there are these different levels of care and these different loopholes in which kids can get caught or lost." However, even without a dossier on foster care policy, she knew what compelled Grace and the other staff to do their jobs. She said:

"There has to be something that keeps you doing it. Whatever it is, there has to be a deeper reason, because it doesn't pay very well, and it is emotionally draining. … For me, the main driver every day was just going in and just wanting to do right by those kids, which wasn't hard to do because the actual kids I was working with were magic."

The silences in the script and the subtexts gave Larson a lot of room to work. She said, "It's like someone handing you a puzzle without a photograph and saying, 'put this together,' and then you dump all the pieces out and you realize they're mostly dark. What do you do? You do it like all of the other puzzles. You start at the edge, put all the other edge pieces together, and work in. Maybe the photograph comes together and you realize that what was once dark is now varying shades of darkness, and there's a little bit of light toward the center that makes it easier to complete." The end result taps into "this incredible thing that movies do, to make you have feelings for these creatures that are two-dimensional."

Short Term 12 is already making its way onto a lot of early drafts for end-of-year best-of lists, as well as taking both audience and jury awards at SXSW 2013. She called the response to the film "really reassuring, and just makes my fight to do more movies like this clearer for myself." That's why her next project is an ecological musical called Basmati Blues, in which she plays a scientist developing GMOs. "She gets roped into going to India by her boss, played by Donald Sutherland, and then discovers what kind of harm this genetically modified rice can do to the planet and to the lives of farmers."

While she's permanently swearing off what she calls "fluffy films," Larson seems equally hell-bent on not getting a big head about projects with a message. "I've never been in a scene and thought, 'Oh, people are going to think this is good,'" she said. "I'm usually thinking, 'I'm hungry.'" 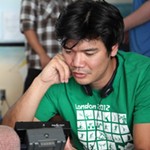 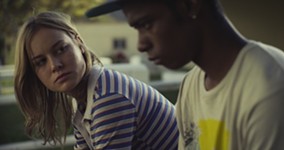