‘The Newsroom’ Made Me Wish Chivalry Was Still Dead

After a late-season surge, The Newsroom lulled this viewer at least into thinking the HBO show had finally gotten over its female trouble. But last night’s season finale might as well have been called “Suck It, Sucka. P.S. Aren’t Girls THE WORST?” 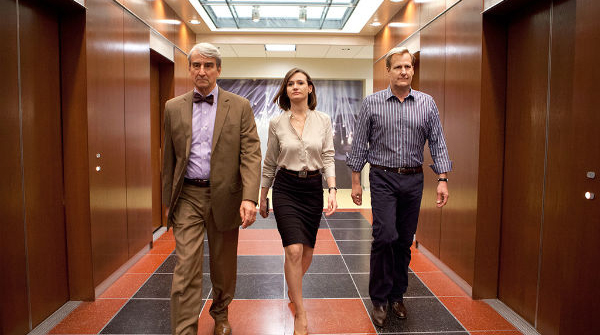 Show creator and episode writer Aaron Sorkin went instead with “Election Night, Part II,” carrying over the it-happened-one-night tight timeframe from last week’s Part I. The meatier stuff still led, with News Night’s coverage of the November 2012 elections conducted under the black cloud of the discredited sarin gas/Genoa story and the still-uncertain fate of news chief Charlie (Sam Waterston), that lovable, tippling goat; anchor Will (Jeff Daniels); and executive producer MacKenzie (Emily Mortimer), who all tried to resign for their collective colossal fuckup, but then kinda maybe didn’t want to resign after all, because something-something-righteous-newspeople-who-will-be-the-truth-tellers-now-guh. 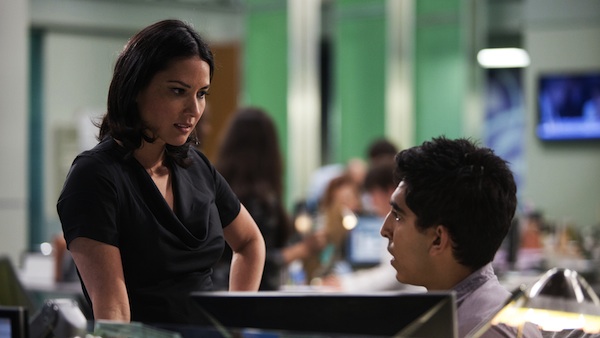 There’s the obvious question – doesn’t Neal, as News Night’s chief (only?) blogger, have something better to do on election night (for instance, blog about the election?) – but it’s fast followed by a more pressing concern: Does Aaron Sorkin think women are idiots?

The question is rhetorical: After two seasons of evidence, all signs point to yes. OK, maybe it’s more nuanced than that: Newsroom’s female characters come with exceptionally strong credentials, with a combined C.V. that includes war reportage, a Ph.D. in economics, and a much-ballyhooed degree from Vassar. So Sorkin’s lady journos aren’t actually idiots; they just play them on TV.

This isn’t exactly breaking news. Sorkin, as The Newsroom’s chief architect, has drawn fire since season one for his portrayal of women in the workplace – a characterization that moves on a sliding scale, episode to episode, from merely inelegant to face-palm moronic. But a lot of us were heartened by the season’s second half, when Sorkin backseated the soap operatic love-ditherings and pratfalling C plots to focus on, well, the news: specifically, the News Night team’s eight months of legwork on what seemed like a rock-solid story, followed by its spectacular implosion once they, and the public eye, took a closer look under the rock. (Jerry Dantana, you worm.)

Was Genoa just some beautiful dream? Because the season finale dropped us right back to square one, with the women coddled, cuddled, and cut off mid-sentence. Let us count the ways. 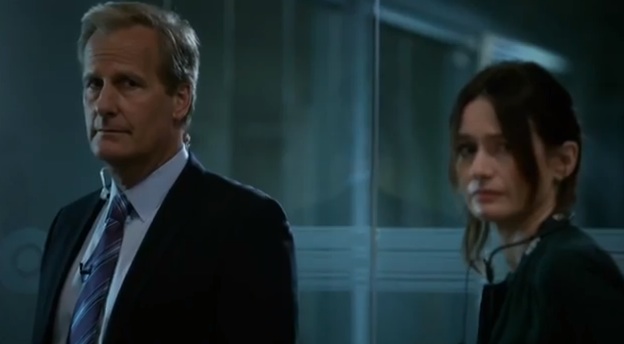 • Sloan can’t pick up a phone and call the charity auction chair to explain the mistake; enter Neal, still wearing his technology toolbelt.

• Turns out nobody in his right mind would actually bid $1,000 on a book about economics; enter producer Don (Thomas Sadoski), who’ll drop 10 Benjamins to, what, spare Sloan the shame? (That said – and to the credit of Munn and Sadoski, who broke out this season as the most engaging characters – aw-hell-yeah, put these two together. Just don’t do it because Don was all-knight-in-condescending-armor.)

• For more on “condescending,” let’s go to Will: On election night, he repeatedly cuts Sloan off on-air; she also fumbles on camera with a news item she lifted from a colleague. Altogether a sneering treatment of the rare female character here who is typically portrayed as competent in her job, as compared to the Flibbertigibbet-Dee and -Dum that is Mac and Maggie.

• Twitter, guys! It’s hilarious! So hilarious that the mere mention of it dissolves two adults – a major media mogul (Jane Fonda) and a high-powered attorney (Marcia Gay Harden) – into a puddle of girlish giggles.

• Speaking of said major media mogul: When faced with the complete collapse of all credibility for her news division, she decides to not take action and instead go all mama bear and let her son decide what to do next. Not because he’s president of Atlantic Cable News, but because she wants to see how well he wears grown man pants.

• Remember season one’s Lisa (Kelen Coleman), the nice-girl bologna caught in the tortured love sandwich that was co-workers Jim (John Gallagher Jr.) and Maggie (Alison Pill)? (Nobody likes bologna.) Since apparently she didn’t get chewed up enough with that whole YouTube humiliation, Lisa is brought back as a cater-waiter just to endure Jim’s largesse. Because while Jim is apparently not-so-hot at the news (or state initials), he’s really good at telling girls they’re smart.

• Jim gets around! He’s also really good at telling girls they’re tough. Too bad he didn’t tell Maggie sooner; he could’ve saved everyone at News Night all those side eyes and worried sighs at homegirl’s homemade cut-and-dye. 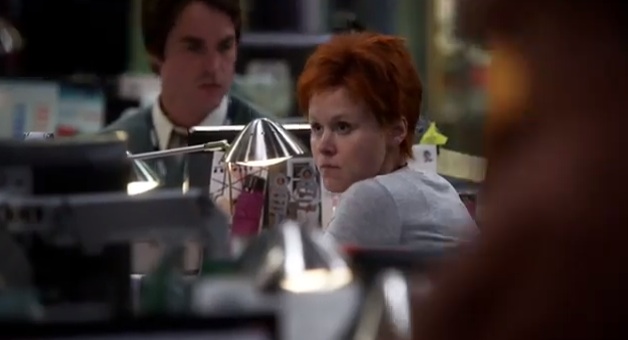 • Jim! You’ve done it again! Weirdly, Hallie (Grace Gummer), your new flame slash professional journalist at a competing news outlet, decided not to affix her byline to a story you wrote for her, intended to vindicate your boss Mac. But Hallie did ya a solid anyway, by rewriting the story and then posting it as her own. Nothing unscrupulous there, guys! Hey, did you know Hallie went to Vassar?

There’s a lot that drives me crazy about The Newsroom, but I’m not a hate watcher. I signed onto this thing fully aware of Sorkin’s predisposition toward preachiness, and I was the first in line to fist-pump “preach” to that shiny make-believe land of liberal optimism, The West Wing, a show that carried a lot of us through the dark days under Dubya. (The West Wing is also, curiously, the show I rewatch when I’m inhaling a fast-food something, sobering up after a night out; I just really like those guys.)

And as a member of the media, yeah, sure, I like getting my feathers fluffed by Sorkin’s oratorical hosannas to the holy-holy that can be journalism, on the very best days. (Maybe meth cookers feel a professional point of pride in Breaking Bad, too?) But I look around my own newsroom and see hella smart women who don’t cutesy-klutz their way through a story meeting, or require an antiquated act of chivalry to assure them of their own worthiness, and I can’t help but wonder if Aaron Sorkin has ever stepped foot in a real newsroom.

If the show continues (it hasn't officially been renewed yet) and continues its narrative lag technique, then the 2014 season would focus on 2013 events. God knows there’s plenty of material to work with, including so-called “women’s issues” – the escalating war on women’s reproductive rights, rape culture and comedy, et al. Fingers crossed, maybe Sorkin will have joined the 21st century by then.