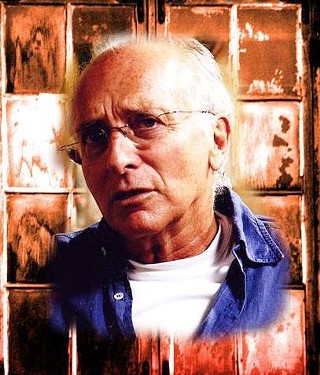 The man behind the camera: Found footage horror pioneer Ruggero Deodato is coming to Housecore Horror

Don't play that tape. Don't watch that video. Don't lace that film. If found footage horror has taught us anything, it's that nothing good comes from looking through a strange lens. And the master of that genre, Ruggero Deodato, will be casting his evil camera on the inaugural Housecore Horror Film Festival.

With Brazilian horror pioneer Coffin Joe and German shock cinema auteur Jörg Buttgereit already announced as special directorial guests for the inaugural outing of the metal/movie fusion festival, disturbing innovation was already the name of the bloody game. But Deodato raises the stakes. His 1980 sweat-and-ichor-drenched jungle meltdown Cannibal Holocaust was the intersection between mondo exploitation flicks and POV drama. It's the dark bone daddy of found footage, a direct precursor to the seminal The Blair Witch Project. More recently, Eli Roth has unleashed his own Amazon cannibal attrocity, The Green Inferno, a direct tribute to the Italian schlockmeister's disturbing vision.

Controversy has always hunted Deodato, from his use of real hunting footage and real animal deaths, to multiple attempts to ban and prosecute his work as real snuff movies. So expect his appearance at HHFF to touch on his career as a lightning rod, especially after special archive screenings of Cannibal Holocaust and his sleazy killer drama The House at the Edge of the Park

So, generally, not for the squeamish.