Errol Morris' Badassedness To Be Made Official

Legendary documentarian will be fêted at Fantastic Fest 2013

Tura Satana. Caesar the Ape. Pauline Kael. John McClane. All persons (fictional and real) previously inducted into Badass Digest's "Badass Hall of Fame." Their numbers swell by one this month with the induction of Oscar-winning documentarian Errol Morris. 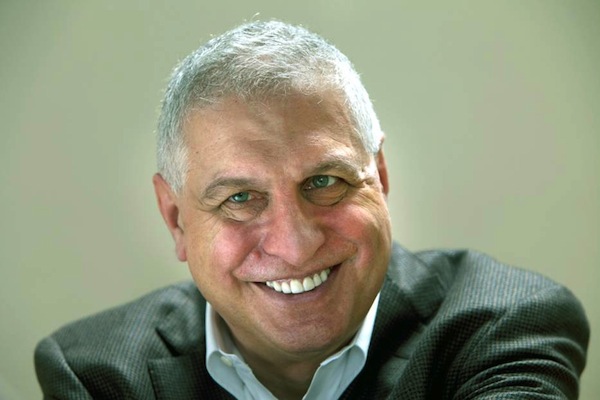 The rare documentary-maker to have achieved household name status for his highly original, agitative films (The Fog of War: Eleven Lessons from the Life of Robert S. McNamara, Tabloid, The Thin Blue Line, Fast, Cheap & Out of Control), Morris is currently touring the festival circuit with his latest, The Unknown Known, a one-on-one interview with former Secretary of Defense Donald Rumsfeld. (The title is taken from a 2002 press briefing in which Rumsfeld addressed the absence of evidence of weapons of mass destruction; here's the much-lampooned quote in full: "As we know, there are known knowns. There are things we know we know. We also know there are known unknowns. That is to say, we know there are some things we do not know. But there are also unknown unknowns, the ones we don't know we don't know." Raise your hand if your head hurts.)

Morris will screen the film at this year's Fantastic Fest on Sept. 21, to be followed by his induction and a Q&A with Badass Digest editor Devin Faraci. We're guessing Faraci will bring up Morris' in-the-works narrative film (his first in two decades), the black comedy Holland, Michigan, which Naomi Watts recently signed on to.

Dive Into the Great 'Unknown'
Errol Morris and Don Rumsfeld take us on a tour of U.S. history