A few more headlines from the week 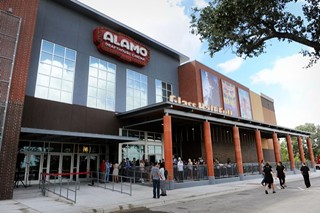 Want the latest on Harry Knowles and the Alamo Drafthouse? Read on.

• Groupon is running a weeklong special in which you can score tickets to the Alamo Drafthouse for a measly five bucks. Check it out here. Apologies to Drafthouse lovers outside of Austin; it looks like this deal is only good at the four local cinemas (Slaughter, Lakeline, Ritz, and Village).

• Austin legend Harry Knowles successfully funded his Kickstarter campaign this week, landing a total of $128,029 for season two of his Ain't It Cool With Harry Knowles Web series. The series was previously under the umbrella of Nerdist Industries, but look for all the AICN you know and love in an altogether more indie package for season two.*

• Andrew Bujalski got some high praise from none other than The New York Times, which named him one of its 20 filmmakers to watch. He joins Sarah Polley, Alison Klayman, Sebastián Silva, Na Hong-jin, and more in the Grey Lady's esteemed list; congrats to all. Read our interview with Bujalski in advance of the Austin release of Computer Chess.

*Correction: An early version of this article misstated AICN's relationship with Nerdist Industries.