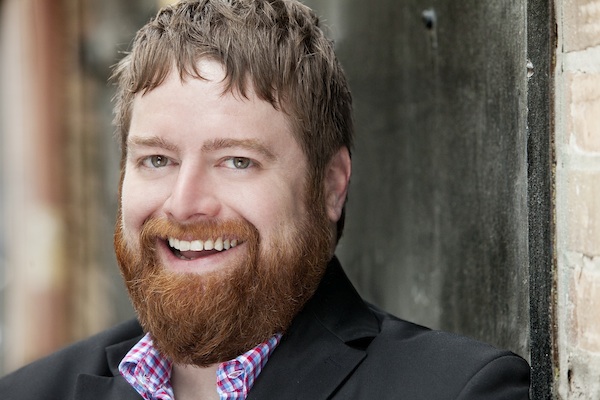 1) He’s starring in the new Black Joe Lewis video.
Throw a dart on the local film map, and you're liable to hit John Merriman. A former AFF programmer, he has a huge credits list for acting – see our SXSW 2013 Busy Actor Bingo card, or some of his recent credits like Pit Stop, The Man From Orlando, or You Hurt My Feelings; he's also cowritten comedic shorts ("Sleep Study," "Modern Man") and a feature film (My Name Is Buttons). He's not a national name yet – we'll get to that – but certainly more eyes are on him now, as an everyman-on-an-unholy-hallucinogenic-bender in the new Black Joe Lewis video, "Come to My Party," directed by Vern Moen (Miike Snow, Cold War Kids).

Pause here for you to go to his party. We'll wait.


2) He’s officially now the online voice of Moontower Oddity and Comedy Festival.
If you haven’t been paying attention: John Merriman is a very funny man. And he’s parlayed that into a gig as the official year-round blogger for the Moontower Oddity and Comedy Festival; maybe you recognize from his pre-existing gig hosting Moontower videos with comedy cohort and frequent collaborator Kerri Lendo?

Of the new gig, Merriman says, "I have been such a fan of the comedy scene here for so many years, that it really is a dream come true. I honestly just want to open people's eyes to all the exciting stuff that's going on here. And I want to involve the comics as much as possible. I hung out with some of them last night and we spitballed a couple of ideas that I'm excited about."

3) Yeah, so he kinda looks like that famous guy.
Zach Galifianakis. A recent Rolling Stone writeup dubbed him "an unsuspecting Zach Galifianakis look-alike," but that's just the latest in an endless string of comparisons to the Hangover star – aka the guy who makes you laugh while you break your brain trying to remember how to spell that last name. In fact, Merriman’s helpfully been culling the many Galifi…whatever lookalike nods on his Facebook page.

So does he see the resemblance? "Years ago when I had different glasses, a bad haircut, and no beard, someone told me I looked like Elton John," he says, "so being compared to Zach Galifianakis doesn't really bother me. I'm a fan so it's fine. The funny thing is, you take away the beard and we actually don't look that much alike."

He's also publicly threatened to shave his beard off to stop the conversation – and god only knows what’s lurking underneath that Biblically awesome face-hedge – so everybody just shut up already, huh? John Merriman's a name you should go ahead and commit to memory. That’s two r’s, one i, and you don’t have to consult IMDb to remember how to spell it. 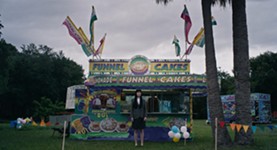 AFF Interview: I've Got Issues
But hey, who doesn't?