The Austin Film Festival’s full slate drops in mid-September, but the screenwriting-centric fest served up a 10-film teaser today, as well as a quartet of retrospective screenings. 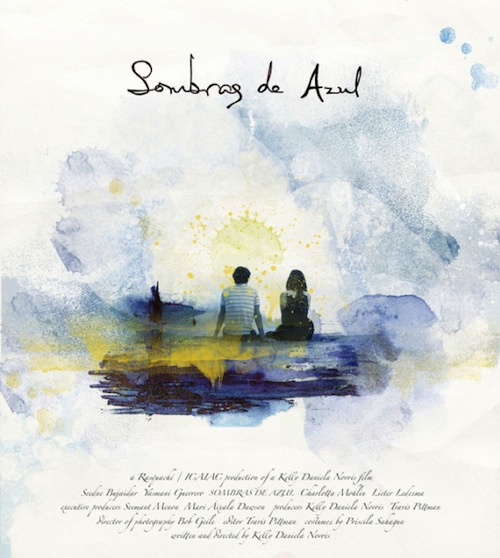 Including in the lineup is a work-in-progress screening of Fear of Falling, Wallace Shawn and André Gregory’s adaptation of Ibsen’s The Master Builder) and directed by Jonathan Demme, this year’s recipient of the Extraordinary Contribution to Filmmaking Award.

Also unspooling: the local premiere of Nebraska, from director Alexander Payne; the world premiere of Innocence, a horror film from writer/director Hilary Brougher; and Sombras de Azul, a Spanish-language, Havana-set story about bereavement from Austinite and first-time filmmaker Kelly Daniela Norris. (For the complete lineup with AFF descriptions, keep scrolling down.)

Nebraska, written by Bob Nelson and directed by Alexander Payne. After receiving a sweepstakes letter in the mail, a cantankerous father (Bruce Dern) thinks he’s struck it rich, and wrangles his son (Will Forte) into taking a road trip to claim the fortune. Shot in black and white across four states, Nebraska tells the stories of family life in the heartland of America.

Coffee, Kill Boss (World Premiere), the first feature film from director Nathan Marshall, follows ten executives who secretly meet to sell off their company but instead become victims of an outrageous murder scheme.  The script, written by Sigurd Ueland -- a 2010 Austin Film Festival Screenplay Competition Semifinalist -- is a dark comic romp through the halls of corporate America.

The Odd Way Home (World Premiere), directed by Rajeev Nirmalakhandan, co-written by Nirmalakhandan and Jason Ronstadt, and produced by Peter Touche. The film follows Maya (Rumer Willis), the product of a neglected childhood, and Duncan (Chris Marquette), a slave to his obsessions of order and pattern, as they journey through the American Southwest, finding happiness in the unlikeliest of places.

Siren (North American Premiere), Television writer Jesse Peyronel’s feature script directorial debut. Starring Vinessa Shaw (3:10 to Yuma, The Hills Have Eyes) and Rob Kazinsky (Pacific Rim), Siren is a dark fairytale about a woman with an unusual curse: an alluring scent. She is irresistible to every man she meets, but when confronted with a man immune to her power, she is presented with the possibility of real love.

Speak Now (World Premiere), directed by Noah Harald and written by Erin Cardillo, Speak Now is a Romantic Dramedy following high school friends reuniting for a wedding. Old offenses and newly mounting scandal plunge the group back into a pool of high-school drama. Entirely improvised from an outline and character studies, the whole feature was shot in three days.  Speak Now will screen as part of Austin Film Festival’s new WRITE/REC Series, focusing on the best in low-budget storytelling.

Take Away One (World Premiere), the first feature film written and directed by seasoned tv editor William Lorton (Face Off, Bridezillas), this documentary film follows Lorton’s aunt, Mary Baratta-Lorton, and her mysterious unsolved murder. Mary, in her short 38 years, rose from obscurity to become one of the most famous teachers in the US. Personally inept with math, yet placed as a UC Berkeley student-teacher in one of the roughest inner-city classrooms of the San Francisco Bay Area – Mary’s intuitive strategy of teaching arithmetic with hands-on manipulative materials quickly blossomed into a nation-wide career as an author, lecturer, and movement leader.

Mom, Dad, I’m Muslim, (US Premiere), a documentary film, written and directed by Anat Tel Mendelovich and distributed by Seventh Art Releasing, examines the trials of May Davidovich, a 22-year old devout Muslim searching for equilibrium between her belief in Islam and her parents’ devotion to Judaism. The religious conflict between May and her parents makes for a fascinating case study on the balance between pursuing spiritual fulfillment and inherent family expectations.

Sombras de Azul, (World Premiere), the Spanish-language feature film debut of local Austin writer/director, Kelly Daniela Norris, who re-imagines her own experience of bereavement following the death of her brother by weaving together real memory and personal reflection through the sights and sounds of Cuba.