Fantastic Fest Round Two: Israel, Japan, and a 'Field in England' Sharni Vinson, star of the upcoming 'You're Next', returns to Fantastic Fest with the remake of Australian shocker 'Patrick'

Get your best shaky face ready: Fantastic Fest 2013 has announced its latest additions to the schedule, with two more Drafthouse Films titles added to the lineup, plus a slate of FF veterans.

The festival announced round one in July, with Keanu Reeves' Man of Tai-Chi grabbing a lot of attention. Of course, Drafthouse Films made a strong showing, and with round two, two more titles from its slate join the roster: Ben Wheatley's eagerly-awaited period trip A Field in England and the bizarre semi-animated, semi-adaptation of Stanislaw Lem's The Congress.

That's also one of two more Israeli films joining the festival. Along with the already-announced Big Bad Wolves from Israeli horror pioneers Navot Papushado and Aharon Keshales, there's also psycho-stalker Goldberg and Eisenstein. Canada gets a good showing too, with three titles added, included the David Cronenberg-narrated Tales From the Organ Trade.

A Field in England
North American Premiere
D: Ben Wheatley, 90 mins, England, 2013
During the British Civil War, when magic was science, an alchemist forces a group of deserters to help him locate buried treasure, and sends them all straight into the mouth of madness.

Afflicted
US Premiere
D: Clif Prowse, 85 mins, Canada, 2013
Derek and Clif, best friends documenting their journey across the world, are in for an unexpected adventure when one of them comes down with a sinister sickness.

Blue Ruin
US Premiere
D: Jeremy Sauliner, 90 mins, USA, 2013
A homeless man aims to avenge his dead parents when their killer is released from prison, triggering a chain of events that will only end in more blood.

Coherence
World Premiere
D: James Ward Byrkit, 127 mins, USA, 2013
On the night a comet is passing near Earth, a dinner party takes an odd turn. When the power goes out, eight friends discover that the only house on the street left with power also holds many secrets.

The Congress
North American Premiere
D: Ari Folman, 122 mins, Israel & Germany, 2013
Robin Wright (playing herself) receives the last offer she’ll ever get from a Hollywood studio in Ari Folman’s adaptation of Stanislaw Lem’s classic scifi novel, and his follow-up to Waltz with Bashir.

Grand Piano
World Premiere
D: Eugenio Mira, 90 mins, Spain, 2013
A renowned concert pianist (Elijah Wood) returns to the stage for one final performance, only to become the target of a sadistic cat-and-mouse game with a faceless sniper (John Cusack).

Maruyama The Middle Schooler
North American Premiere
D:Kankuro Kudo, 119 mins, Japan, 2013
A middle school student prone to wild daydreams devotes his waking hours to stretching and flexibility exercises with the ultimate goal of one day being able to lick his own penis.

Mirage Men
North American Premiere
D: John Lundberg, 85 mins, United Kingdom, 2013
A mind-scrambling documentary that posits that popular myths about the existence of UFOs originated from a disinformation campaign by the U.S. government. 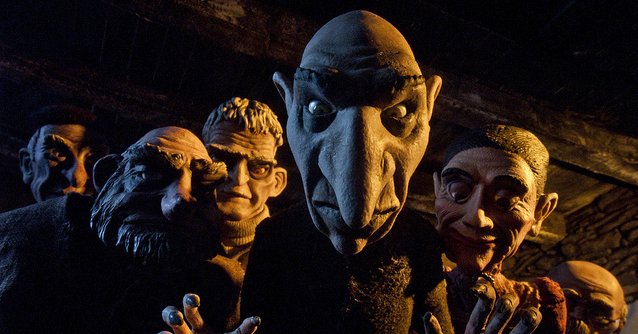 Patrick (Australia, 2013)
North American Premiere
D: Mark Hartley, 95 mins, Australia, 2013
Nurse Kathy Jaquard didn’t expect a lot of trouble on the coma ward but she gets more than she can handle when she meets the telekinetic Patrick in Mark Hartley’s remake of the Ozsploitation classic. 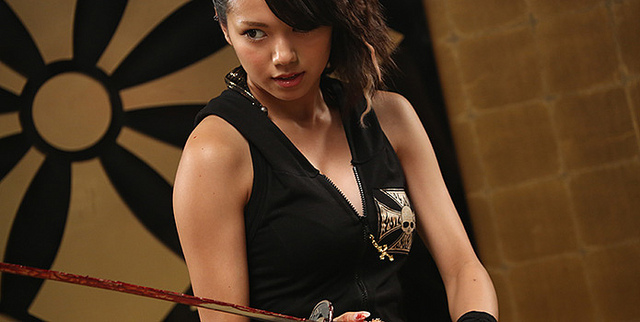 'Why Don't You Play in Hell'

Why Don't You Play in Hell
US Premiere
D: Sion Sono, 126 mins, Japan, 2013
Things get insanely bloody when an inspiring film troupe known as The Fuck Bombers collide with a yakuza boss who wants to make a movie with his daughter, in Fantastic Fest veteran Sion Sono’s (Love Exposure; Suicide Club) latest.

Witching & Bitching
US Premiere
D: Alex de la Iglesia, 120 mins, Spain, 2013
Hit Spanish director Alex de la Iglesia (The Last Circus) returns to Fantastic Fest with a hilarious and gory tale of thieves who find themselves in over their heads when faced with a coven of bloodthirsty witches.