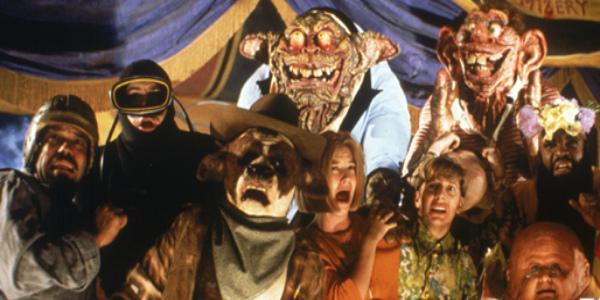 Twisted hideous monsters. Cows in hats. The Butthole Surfers. Alex Winter's lost gem Freaked, which arrives on Blu-ray today, has them all. Winter said, "It was made as a cult movie, and it was originally conceived of as a cult movie."

Winter has had a three-part career. Of course, for a generation he'll always be Bill S. Preston, Esq., co-star of Bill and Ted's Excellent Adventure. More recently, he's been turning heads as a documentarian with his Napster doc Downloaded. But there's another generation that will recognize his name as one of Cartoon Network's go-to live-action directors, including the super-sentai-influenced Level Up and two feature spin-offs to the animated sci-fi action series Ben 10.

And if you're wondering what could possibly be the missing leak, it's called Freaked, Winter's 1993 directorial feature debut. Part psycho-comedy, part monster mayhem, Freaked stars Winter as a spoiled child actor turned adult asshole Ricky Coogan, who becomes the spokesman for an evil chemical corporation. His path to endorsement payola takes a little detour when he gets kidnapped by evil sideshow barker Elijah C. Skuggs (Randy Quaid) who happens to be using exactly the same chemicals Coogan is schilling to turn humans into bizarre and twisted freaks. The now-hideously and hilariously malformed Winter becomes part of the act, along with Megan Ward (from the equally schizo Joe's Apartment) as one-half of mixed gender conjoined twins, Bobcat Goldthwait as a man with a sock puppet for a head and Mr T as a bearded lady (plus an uncredited cameo by Keanu Reeves as Ortiz the Dog Boy.)

The end result would sit on any shelf quite happily between other 80s gooily psychedlic excursions like Peewee's Big Adventure, Betelgeuse, and Brain Dead. And it never would have happened without Austin and, most especially the Butthole Surfers.

Next step: A full-fledged Butthole Surfers movies. Winter and Haynes sat down with Tim Burns (My Babysitter's a Vampire, An American Werewolf in Paris) to create what Winter called Beach Blanket Bingo meets The Evil Dead. He recalled, it was "about a family that stops at a circus run by the Butthole Surfers, and the family gets turned into food. … It was very, very rock and roll, hard-R."

Was the world ready for Locust Abortion Technician: The Movie? We'll never know. While the script was percolating, Bill and Ted's Excellent Adventure became a global smash. Winter said, "there was a lot of interest in me, so we said, screw it, why don't we make it into more of a PG-13 comedy, keep the cult core elements that were derived from Zap Comix and Robert Williams, R. Crumb, Mad magazine, the kind of stuff that we like, and tone it down a litle." Instead of a an underground horror-fest, they sold the idea to 20th Century Fox as a $10-$12 million oddity. Even after those changes, Winter said, "It still had a cult heart."

The film's original release was kind of a disaster, as a change of leadership at Fox meant that a bag of great reviews never transferred to the box office. However, Freaked lived on, growing extra legs on VHS, plus a phenomenal two-disc DVD release by Anchor Bay in 2005. Two decades later, it's back on a stripped down Blu-ray release, and Winter is glad that his little freakazoid still gets screened. He said, "I'm very happy that it has any kind of life, but I'm not surprised that it has the cult audience that it has. It's not like we were trying to make The Intern."

Freaked is available now on Blu-ray from Anchor Bay. Alex Winter's Napster documentary Downloaded is available on iTunes and VOD now. Read our SXSW review here, and also check out our July interview with Winter. Also out this week:

The Place Beyond the Pines (Universal) Ryan Gosling and Bradley Cooper unite to make all other men on the planet feel short, tubby and schlubby. Actually, it's for a multi-generational crime drama that we gave four stars during its cinematic release. (Read our review here.)

Oblivion (Universal) Tom Cruise saves the world, but this time he's in the future. Between this and Will Smith in After Earth, 2013 will go down as the year of the Scientologist sci-fi vanity project. (Read our review here.)

Community: The Complete Fourth Season (Sony) aka Dan Harmon, come home! The limp and lackluster fourth outing for what was arguably the smartest sitcom on TV.

My Amityville Horror (MPI) Another Fantastic Fest fave: The disturbing true story of what really happened to the Lutz family, told from the viewpoint of Daniel Lutz, and the pain he has endured from being 'that kid from the movie.'

Antiviral (IFC) Like father, like son: Brandon Cronenberg steps into the biohorror genre with this icy tale of celebrity disease. 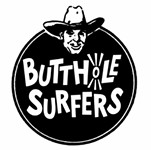