Into the TARDIS: Peter Capaldi is the New Doctor 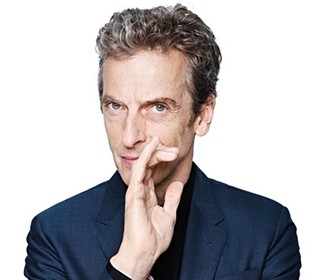 Call me the Doctor: Peter Capaldi stepping into the TARDIS as the 12th incarnation of 'Doctor Who' (Image courtesy of BBC)

Hand over the keys to the TARDIS, Matt Smith: Peter Capaldi has just been announced as the next incarnation of the Doctor in BBC's time-and-space-hopping series Doctor Who.

The BBC announced his casting this afternoon in a globally-broadcast half hour event: No surprise, since the science fiction phenomenon show has been a mainstay of TV viewing around the globe since 1963. For many American audiences, Capaldi is best known as the anger-fueled political fixer Malcolm Tucker in British TV sitcom The Thick of It. But the 55 year old Glasgow-born actor has been a mainstay of British film and TV drama since his breakthrough performance opposite Peter Riegert in 1983's Local Hero.

Capaldi came out of the creative cauldron of alternative British television and comedy that also gave the US Craig Ferguson (in fact, the two were in a punk band together in school.) If you're looking for a good primer in his career to date beyond The Thick of It, check out the BBC's adaptation of The Crow Road and his role as Islington in Neil Gaiman's Neverwhere (just no-one mention how much the new Doctor looks like John Frobisher in Doctor Who spin-off Torchwood.) He also scored an Oscar as director of the short film Franz Kafka's It's a Wonderful Life. No kidding.

Capaldi's selection is a major change in direction for the character of the Doctor, as is natural. He will be the 12th actor to play the part, and the fourth since the series was revamped in 2005. In a very interesting step, Capaldi will be the oldest actor to take over the mantle of Gallifrey's last son since the first Doctor, William Hartnell, stepped into the police box back in 1963. In fact, at 55 years old, he'll tie with Hartnell as the oldest Doctor.

Of course, Capaldi's naming comes after the usual round of proposals that now was time for a Black or female doctor (seriously, don't for one moment think this is anything new: There were rumors surrounding kids TV host Floella Benjamin back in the 1980s.) The loudest rumbling came in support of Idris Elba for the part, but usually meant a: people didn't know that he is already a big star with Luther and so an unlikely pick and b: that he's likely to be busy working on Oscar buzz for his Nelson Mandela bio-pic, Mandela: Long Walk to Freedom.

Capaldi is expected to take over the iconic role during this year's Christmas special, which is when Matt Smith bow(tie)s out after three years in the role. Fans of The Thick of It will know not to expect Tucker's foul mouth to be blurring up the airwaves. But they can probably expect a lot more gravitas in the role than his last three predecessors – Christopher Eccleston, David Tennant, and Smith – brought to the part. The Doctor is, after all, a creature of reinvention, but it's hard to see Capaldi will try to mimic the more soap-opera-esque elements of the modern show. 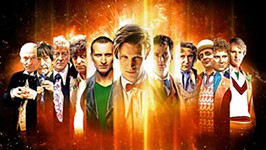