'Bomb It 2' screens at the Drafthouse Aug. 7

When Jon Reiss started filming Bomb It 2, the sequel to his 2007 graffiti documentary Bomb It, he had two intentions: 1) keep chronicling the evolution and variations of global street art, and 2) get to Australia.

He said, “We wanted Bomb It to be the six-continent graffiti film, but we ran out of money. So we were the five-[continent] documentary, and that’s always been a thorn in my side.” 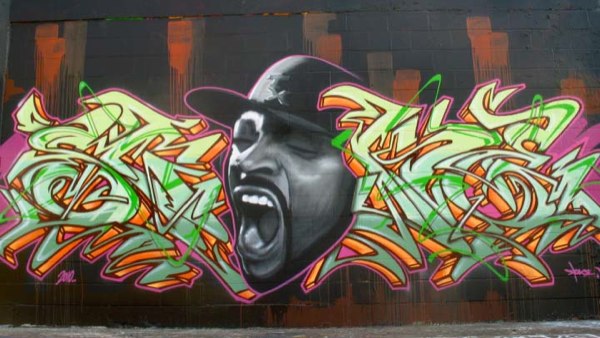 Bomb It 2, which screens at the Alamo Ritz on Aug. 7, is a flip-book of graffiti artists from around the globe, from Scandinavia to the China Seas – and including Austin. The footage began as a Web series for the now-defunct website Bubblegum. “I talked to them about financing me going to some of these places that I was already going, but then I could go to a lot more places around them,” Reiss explained. “I was already heading to Singapore, but I ended up going to Bangkok, Jakarta, Hong Kong, then they insisted that I go to the Middle East.”

The most nervewracking experience of the shoot was after he had had wrapped up filming in Bethlehem. Palestine was the easy bit: It was Israel that was hard. He said, “Friends of mine had just said, the day before I left, 'If they find this footage on you, they can throw you in jail and confiscate everything. You do know that?' No, thanks for telling me.” On his way out of the country, he was subjected to the standard tough questioning: How old are you, how long have you been in Israel. But when the screener found out he was Jewish, the examination took a bizarre turn: Where did he go to temple, had he been bar mitzvahed, does he speak Hebrew? He recalled, “She said, ‘You’re 54 years old, why is this your first trip to Israel?’ And I’m thinking to myself, 'What the fuck is going on?'” His interrogator finally went over to her boss. “I remember looking at her supervisor, who was shaking his head. She looked really upset, because she really thought she had something.”

His globetrotting adventures had limits (“An American Jew going to Iran with a video camera to record graffiti doesn’t seem like a smart move,” he said), but his biggest regret was not getting into mainland China. He said, “Bomb It was the first graffiti film that was bootlegged and translated into Mandarin. All the graffiti writers in China know it and were really excited when I called them up. They were like, ‘Please come, we’ll do a big wall for you.’ I was really disappointed.” He did make it to Hong King, where he found a surprisingly permissive view of graffiti. “The government doesn’t care,” he said. “I imagine once it gets political, they’ll have an issue with it, but so far they view it as harmless.” To Reiss, what separates graffiti from other public art is that “it’s always been something that’s been unsanctioned.” That’s why the first film touched on the Broken Windows theory, which advocates zero tolerance for urban vandalism; the argument is that even one broken window left unrepaired is the gateway to further decay and collapse. The clash with street art was almost inevitable. “Most of the United States is really nasty,” Reiss said. “There’s some places where it’s OK or semi-condoned, but my parents live in the San Jose area, and kids are getting thrown in jail all the time.” Then there are nations with a grey area, like Singapore, where graffiti is often ignored, but can still be punished with a brutal caning. Reiss said, “You’re in bed for four months with your butt ripped up. It’s not a spanking.”

In some other countries, the line is softer. Visiting cities like Tel Aviv, Melbourne, and Barcelona he found “a certain liberality, and there’s a lot of available wall space where, if you’re smart about the areas you’re doing it in, the stuff stays up because no-one’s going to paint it over.” In some cities, graffiti is part of urban renewal: For example, upcoming documentary White Walls Say Nothing by former Austinite Gates Bradley (which wrapped filming last month) deals with the positive role graffiti is playing in Argentina. Reiss saw similar thinking in Brazil. He said, “people were coming up to the graffiti writers and saying, 'Oh, please paint my building.’ It’s a free coat of paint.” 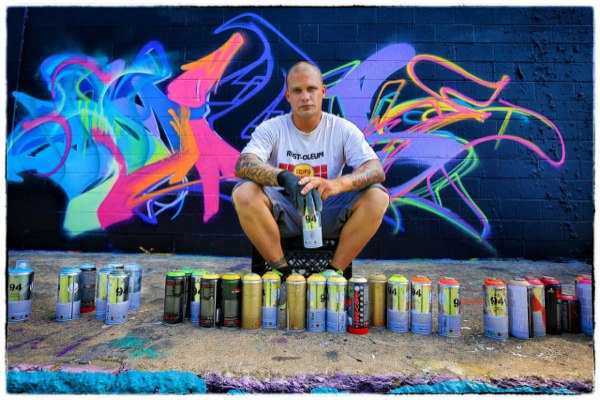 Reiss is not ruling out a Bomb It 3, although if that does happen he envisions “something more crowdsourced, like a graffiti version of Life in a Day.” If it does happen, then he plans for it to be the world’s first seven-continent graffiti doc, complete with a trip to Antarctica. Reiss said, “My motivation, beyond trying to see some penguins, would be to talk to the scientists and ask them if there’s any graffiti there.”

Bomb It 2 screens Aug. 7, 7pm, at the Alamo Ritz with a live score by DJ Chorizo Funk, Q&A with Austin street artist Nate Nordstrom aka SlokeOne, and live painting behind the Ritz. Visit the Drafthouse website for tickets and complete details.