Drafthouse Films at … Not the Drafthouse 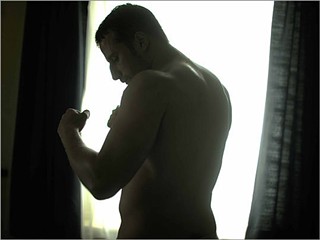 We knew Austin's film community was a force to be reckoned with, but when you get two of the biggest names in arthouse cinema together for one event, it's a veritable juggernaut.

Starting tonight, the Austin Film Society is hosting four features from the Drafthouse Films collection at the newly christened AFS at the Marchesa.

Over the past few years, Drafthouse Films has made a name for itself as the distributor of choice for off-kilter and foreign favorites: It picked up two souvenirs from Cannes this year, plus dropped announcements for a Stanislaw Lem adaptation and an insane Italian sci-fi horror. And the four films featured in this AFS series – three from the back catalogue, plus a sneak preview of a forthcoming festival favorite – are no exception.

The series kicks off with Bullhead (7:30pm), Michael R. Roskam's beef-market underworld feature that got picked up by the then-fledgling distribution arm of Tim League's burgeoning Drafthouse empire after Fantastic Fest 2011 and was shortlisted for an Oscar a few months later.

On Friday (July 26, 8pm), you can catch the film that started it all, 2010's Four Lions, which Kimberley Jones described as "quite probably the world's first Islamic terrorist comedy." The incendiary Wake in Fright concludes the past releases when it screens Sunday, July 28 (7pm).

The final piece in the collection (Wednesday, July 31, 7pm) is a sneak peek at The Act of Killing, which screened during South by Southwest as a Festival Favorite and for which Drafthouse founder and CEO Tim League is really going all-in. For this screening, the series jumps over to the Alamo Drafthouse Village (2700 W. Anderson), and opens in Austin Friday, Aug. 9.

A stamp of approval from either AFS or Drafthouse Films is a tremendous coup for a film, and considering these four have gotten one from each, you'd be crazy to miss this series.