Kickstart Your Weekend with the Underdogs 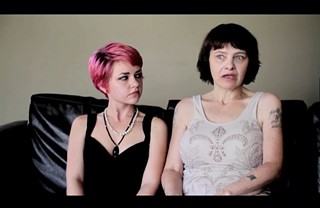 Sleight's Noelani Mei Lee (l) and her mother discuss the story behind the film.

Noelani Mei Lee watched her mother struggle with Multiple Sclerosis – with slowly losing control over her life and the prison that her body became – and she decided to make her first feature film about a character facing the same uphill battle, physically, emotionally, and financially. The campaign seeks $5,000 before Friday, July 19, to help cover postproduction costs. Check out the trailer below.

Filmmaker Kirby Mason calls Austin home, but he's in Wuhan, China, scouting locations for his project, Wolves of Wuhan, in which a city is ravaged by werewolves, putting the family conflicts of a young couple on the back burner. In addition to interviews with some cast members and scenes from the streets in Wuhan, the campaign video includes the opening scene, but viewers might notice the werewolf effects need upgrading. Mason hopes to accomplish that with $20,000, but the team has a long way to go to reach that goal before Saturday.

Shonda Harris and her cast want to bring an awareness to a double homicide that happened right in our collective backyard: In 2004, a young girl and her uncle with cerebral palsy were killed on Austin's Eastside. That little girl was Harris' best friend's daughter, so it's clear why she's so personally invested in the story, but you can hear from many of the cast and crewmembers why exactly they wanted to become involved in this project, which is already halfway to its goal, in the video below.