From the Vaults: The New Face of the Academy

"Could You Say No to This Face?" asked The Austin Chronicle when we chose to put actor Danny Trejo's image on our cover prior to his induction into the Texas Film Hall of Fame in 2012. Apparently, the Academy of Motion Picture Arts & Sciences agreed when the Actors Branch nominated Trejo for membership along with 275 others on June 28. Trejo joins fellow Texas Film Hall of Fame inductee Catherine Hardwicke and Austin director Jeff Nichols in being among three announced nominees with Austin ties who were nominated to join the Academy's ranks this year.

Criticized in recent years for being an enclave of old, white men, the Academy clearly is trying to diversify its ranks with this year's nominations. The removal of the cap that fixed the nominees each of the 16 branches could elect each year has been discarded, and as a result, invitations were extended to 98 more nominees this year than in 2012. More impressively, the number of 2013 nominees more than doubles the 134 people who were chosen in 2009.

Futhermore, as noted by The Hollywood Reporter awards analyst Scott Feinberg, "this year's list is also younger, and much more diverse – not just in terms of ethnicity, but also in terms of their work in genres that the Academy has not historically embraced: comedy, action and sci-fi." Danny Trejo – one of the hardest working character actors in show business – is best known for his work with Robert Rodriguez as Machete in the Spy Kids movies and the new action series bearing the character's name. Catherine Hardwicke hails from McAllen, Texas, but spent time in Austin as the production designer on subUrbia and The Newton Boys for Richard Linklater. However, the Texas Film Hall of Famer will probably remain best known as the filmmaker who ushered in the Twilight series, directing the first film of the franchise. Take Shelter's Jeff Nichols was another one of our cover subjects this past April prior to the release of the writer/director's Mud, which has turned out to be one of the indie success stories of the year, collecting more than $20 million in box-office receipts in the three months since its been out. 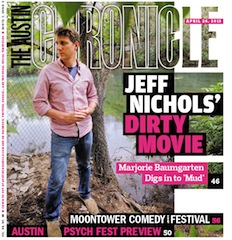 We send Trejo, Hardwicke, and Nichols – and the Academy's 273 other nominees – our hearty congratulations. You can view the entire list here.

The 'Machete' Is Family
Robert Rodriguez, Danny Trejo, and Alexa Vega, together again 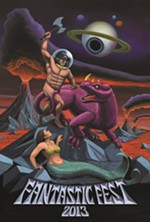