From the Vaults: 'Weekend at Bernie's' Review Revived

Gaming guru Warren Spector's review of 'Weekend at Bernie's' from 1989 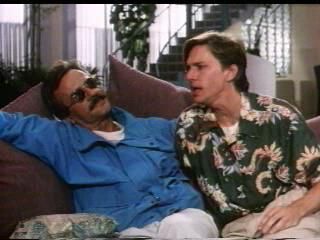 Back when he was still honing his chops as the gaming guru he was later to become, Warren Spector was just another movie geek who came to Austin to pursue a graduate degree in film studies – history, criticism, and theory – at the University of Texas. Cartoons were his specialty.

Spector was at UT during a time in the late Seventies and early Eighties when a lot of future Austin Chronicle founders and staffers were also wandering the corridors of the Radio-Television-Film Department and The Daily Texan. Some names familiar to readers of this publication include publisher Nick Barbaro, editor Louis Black, former Film Listings editors Scott Bowles, Steve Davis, Marie Mahoney, and myself. When the Chronicle started in 1981, Spector was an early contributor – primarily writing film reviews.

His career as a gaming visionary has far eclipsed his career as a Chronicle film critic during the Eighties, but since our reviews only started to be posted on the Web in the early Nineties, this aspect of Spector's career path is largely forgotten (probably even by him). In the current issue, however, you can read "Weekdays at Bernie's," Chase Hoffberger's interview with Terry Kizer, the actor best known for playing the titular corpse in Weekend at Bernie's. (Kizer has recently moved to Austin and is teaching acting classes.) It seemed like a good excuse to dig up our original review of the now-infamous cult film from 1989, which was written by Warren Spector. "What we have here is a film with no respect for the laws of nature, the laws of man, or the intelligence of the viewer," he declared. How could we not see that these are the very things that probably made Bernie's a comedy survivor? (Although a couple of typos have been corrected in this transfer from print to screen, the remainder of the review appears at it was originally published.) 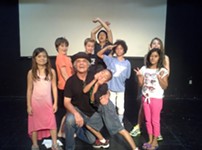 Inside the Actors Arena
Terry Kiser does it for the kids 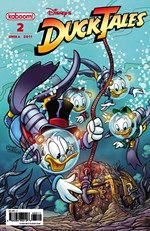 Gaming Luminary Writes DuckTales Comic
And no one thinks this is weird?