What the Hell Happened at Austinist? 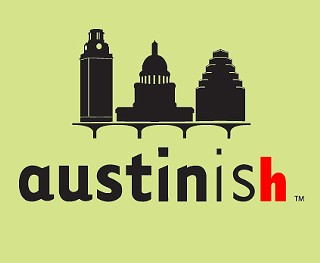 It’d be a misnomer to call anything that started in 2005 an “institution,” but Austinist – the scrappy group blog started that year by Ben Brown as part of Jake Dobkin and Jen Chung’s NYC-based Gothamist network of culture websites – has certainly established itself as an important player in the Austin media landscape since then.

And while the site’s URL is still active (indeed, more active than ever), much of what was true of Austinist in its eight previous years of documenting local arts, culture, news, and politics has changed over the past few weeks. Out is the all-volunteer format, many of the long-form (sometimes meandering) posts, the hands-off approach from the site’s out-of-town owners, and virtually all of the staff. In is a new agenda from Dobkin and Chung – with a focus, at least for the time being, on short, link-based posts – and a dramatically-reduced staff led by a new Editor-in-Chief, Aleksander Chan.

So what happened at Austinist? According to former editor Barbara Strickland, who was fired by Dobkin and Chung on May 31, the changes started during South by Southwest. “A day after Interactive started, Adam [Schragin, the site’s then-editor-in-chief] got an email chock full of bright ideas about how to cover SXSW,” Strickland says. “The SXSW intervention left us flummoxed both because of the timing and because of how heavy-handed it was.” Strickland says that, before that point, the site’s relationship with the New York owners had been “hands-off almost to the point of neglect,” and she characterized the ideas from New York as “a push for more buzz and less substance.”

At the end of the Festival, Schragin, who had contributed to the site since 2007, resigned his unpaid role. Within the week, Gothamist posted a listing for a salaried editor. Chan, a 2012 University of Texas grad whose résumé in Austin includes a stint as the managing editor of The Daily Texan and time at the local blog CultureMap, as well as freelancing with the Chronicle, landed the gig.

Dobkin, who describes the changes to the site as “a little shakeup,” explained that the decision to fire Strickland was a matter of focus. “We tried having her work with Aleks,” he explained via email, “but it was too many cooks in the kitchen, and ultimately we wanted to take things in a different direction.” Upon Strickland’s firing, much of the volunteer staff resigned, including many of the section editors.

Strickland, for her part, doesn’t bear Chan any ill will. “He was in what would be an awkward position for anyone,” she says. But there are questions about what will become of a site that was built around a multitude of voices covering Austin culture from a variety of angles now that it’s in the hands of far fewer voices. (As of this writing, the front page of Austinist featured nine stories, seven of which were written by Chan.)

“To readers, Austinist offered a voice about local news, politics, and arts that was knowledgeable without being dismissive or, on the other hand, pandering,” Schragin says of his vision for the site during his tenure. “I felt like it was a comfortable place for visitors who wanted a dose of what was going on that didn’t insult their intelligence, treat them like a statistic on Google Analytics – or, alternately, get stuck in the cynicism and arrogance that sometimes infects writing about Austin. It was a curious, multifaceted place. ‘Monochrome’ and ‘singular’ are two words I’d use to describe it now, which seems bizarre considering we once had as many as 80 voices writing under that royal ‘we.’”

The site’s content now is substantially shorter than it was under Schragin and Strickland, a change that Dobkin describes as a shift away from “part-time/organic/old-school-style blogging” – the 1,500-word, first-person essays on gentrification are gone – and toward “2013-style-full-time blogging.” What that looks like at the moment is a focus on quick, click-worthy posts that mostly respond to stories broken by other outlets or draw heavily on press releases. (Though Dobkin disagrees with the characterization, all nine of the posts on the main page at press time seem to fit that description.) According to Dobkin, though, the future of the site is a bit more diverse. “The best model for what I’d like to see in the future is Gothamist, which has a mix of short and long content, original content, and aggregated content,” he says. “The past [few] weeks have been a transitional period, and as things settle down, you’ll see more consistency and originality.”

In the meantime, Dobkin seems pleased with the direction the site is moving in. “We’re looking forward to bringing [Austinist] the same verve and energy that our other sites have,” he says, adding that the early signs have been positive. “The site hit its best traffic ever last month.”

Full disclosure: Dan Solomon freelanced for both Austinist and CultureMap. Adam Schragin is also a former contributor to the Chronicle. 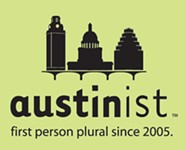