What a gorgeous ensemble of oddballs and misfits

At least Mike Leigh waits until the end of his director’s commentary to confide that Life Is Sweet is his least favorite film. Even Leigh admits it’s “curious” that he has so little love for a movie that is so very, very lovely. 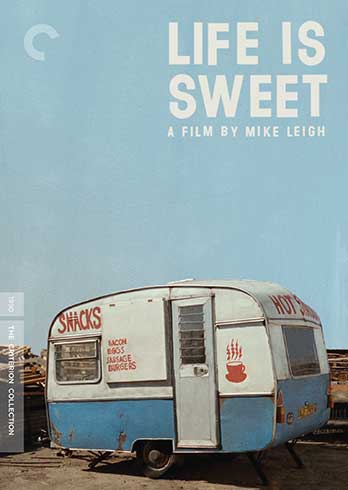 1990’s Life Is Sweet (Criterion, Blu-ray $39.95, DVD $29.95) was the writer/director’s third feature film and his breakthrough, a character-based comedy about a few mostly uneventful days for a working-class family in North London.

Stuff happens, in the same peripatetic way life unfolds in real time. Genial Andy (Jim Broadbent) buys a decrepit food trailer on a whim and to the chagrin of his wife Wendy (Alison Steadman), who knows that despite Andy’s grand plans, the trailer will only collect dust in the driveway. His best friend Aubrey (Timothy Spall) opens an ill-conceived restaurant then gets spectacularly smashed when no customers show up. Andy and Wendy’s twin daughters Natalie (Claire Skinner) and Nicola (Jane Horrocks) still live at home: Natalie is sensible and sanguine, happy in her work as a plumber and enthusiastically planning a solo vacation to America, while Nicola is a catastrophe, a secret bulimic with a snarled lip and the vague notion that she is political – mostly she just spits “fascist pig” at anyone who dares suggest she get a job or eat a sandwich. 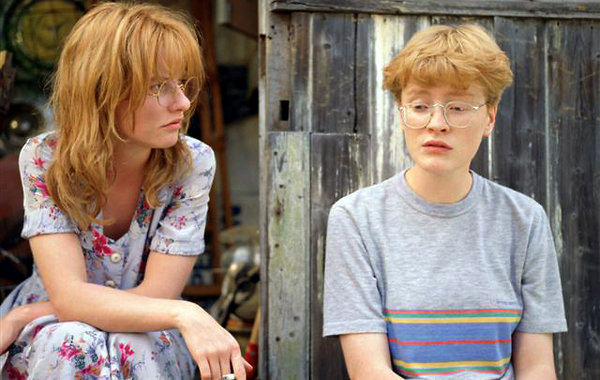 Leigh has a unique way of constructing his scripts. He starts with a character and then spends months in discussions and improvisations with his actors; only after that does he sit down to formalize the script. By the time camera rolls, the characters already feel deeply lived in. Leigh doesn’t waste time on expository dialogue, because it’s all up there on the screen anyway, if you’re paying enough attention. That same care is lavished on the set and costume design, in which character is further fleshed out in, say, the telling choice of a bedroom-wall poster or the striped bikini briefs Spall drunkenly strips down to in an uproarious sequence that’s like watching the batteries run down on a mechanical bull.

What a gorgeous ensemble of oddballs and misfits, further uplifted by Rachel Portman’s French-seaside-sounding score. Most of the storylines tilt toward comedy, but Steadman and Horrocks share a gutting scene late in the film, when mother finally confronts daughter about her illness. It’s no movie-made intervention, but rather an accidental conversation, backed into in the way so many fights unfurl in real life. It is as pure a distillation of profound unhappiness and fierce family love as anything you’re likely to see on film, and it is shattering. But Leigh, ever the humanist, takes care to gently piece the broken viewer back together before the film closes, even as we know Nicola’s path to becoming a whole again will be much harder.

Cleopatra (Fox/MGM, Blu-ray $34.99): The 50th anniversary of the epic debacle famous for its ballooning budget and affair between stars Elizabeth Taylor and Richard Burton is celebrated in a two-disc release with a commemorative book.

Doctor Who: Series Seven, Part Two (BBC Home Entertainment, Blu-ray $29.98): Week to week, the second half of the seventh season was pretty pitchy, but maybe it plays better in one long binge? 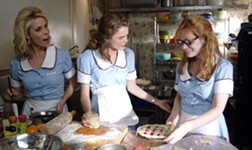