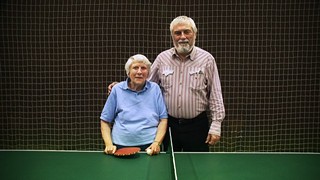 Eight playful people play in fountains, shyly ask for autographs, and travel the world in the pursuit of the gold. And no, it's not the U.S. women's gymnastic team, nor is it Michael Phelps or his crew.

No, instead, meet the Ping-Pong champions profiled in Ping Pong. They're certainly rockstars in their own right, but they're charming senior citizens with quick wit and frank philosophies on life and death; it's just that they don't move as quickly as they once did. That said, despite being 80-plus and battling cancer, collapsed lungs, bad backs, and brain diseases, these athletes – and they're decidedly more athletic than you or I, by a long shot – battle fiercely against themselves, one another, and the rest of the world.

The documentary by Hugh and Anson Hartford, showing next week as part of the Cinedigm Docurama film series at the Alamo Drafthouse, follows these eight top-tier players through their training and matches at the 2010 Over-80 World Table Tennis Championships. We see them at home, we flip through photo albums with them, we hear from their sons and daughters, and we're there for the match and championship points at the competition in China. Our friendly heroes hail from half a dozen different countries around the globe, and each is as charming as the last – from the pie-baking reigning champ from Germany, Ursula Bihl, to the 100-year-old Australian woman being cautioned against unprotected sex in Brazil, to Englishman Les D'Arcy, a seven-time world champ with a quippy quote for every occasion.

Indeed, it's D'Arcy who's quoted early on as saying, "We've got to tell people nice things while they're around, not wait 'til they're dead," so let us take a moment to say this about Ping Pong before its Austin run is done: As heartwarming sports films go, this is right up there in Miracle territory. 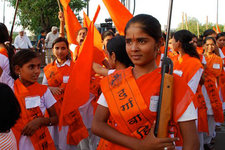