Oh sure, it’s all blue skies and 80 degrees right now, but the dog days are coming. We think the best way to enjoy summer heat is from a cool remove on the couch (popcorn optional). To that end, we asked eight Austin filmmakers to name the movies that most mean summer to them. 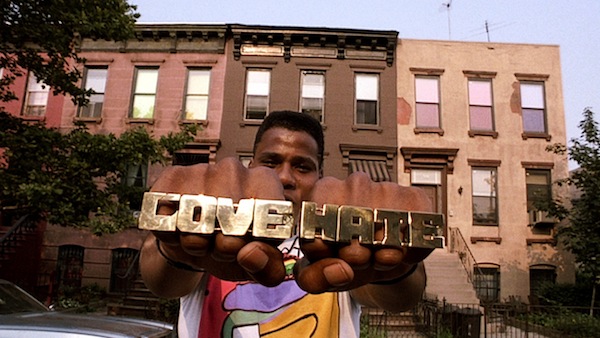 I don't know if, in Austin, it's better to watch a Christmas movie in July, or if you ought to just go with it and sweat it out along with what you're seeing on screen. If the latter, there's no better double than Do the Right Thing + Stand and Deliver. Both feature a lot of onscreen perspiration.

Do the Right Thing is by a smart director with something to prove, working with a solid script (that he also wrote), and blossoming before your eyes, and it's the best place to start if you've never seen a Spike Lee film. (You'd want to go back to a movie like She's Gotta Have It via Do the Right Thing – let him establish trust with you first. Then you can see the also excellent He Got Game, 25th Hour, and many others.) I like Spike because he's interested in entertaining you – he's got a political agenda, but not to the exclusion of enticing the viewer. And the tensions flare in this film precisely because of the heat, so if, like me, you're combustible in relation to weather, this will land. Stand and Deliver is one of my favorite movies; I've watched it a lot. I could watch it right now. It features movie star performances from Ed Olmos and Lou D. Phillips, and tells the story of a math class that's relatively willing to study all summer, with or without climate control. Look for a young Andy Garcia to come in toward the end, in an electrifying confrontation with Olmos.

– Bob Byington, Somebody Up There Likes Me, Harmony and Me Off the top of my head, I'd have to say Wong Kar-wai's Chungking Express. Faye Wong's quirky, pixie-esque character breaking into lonely cop's (Tony Leung) apartment and listening to The Mamas & the Papas "California Dreamin'" is summertime embodied with a toy airplane to boot!

– PJ Raval, Before You Know It 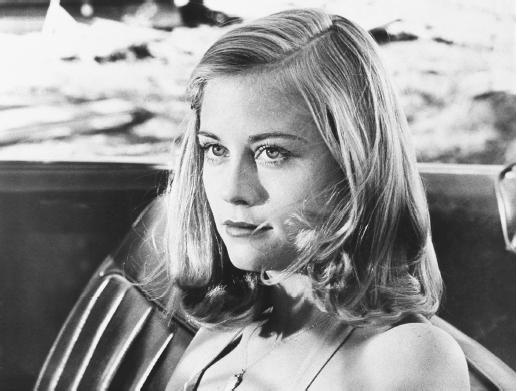 The Last Picture Show is one of my favorite books that translates equally into one of my favorite films. It savors that age between youth and adulthood at a time we grow up quicker than we really should. A timeless story with unforgettable performances that linger with you for years. It's a film to be seen on a big screen in an old classic theatre with a slightly scratched 35mm print and an ice cold Coca Cola. My go-to summer movie is Stand By Me. I was exactly the age of those characters when that movie came out, and I was an avid Stephen King fan (probably too young to be one, really), so I was primed to love it. And, even though I wouldn't even be born for almost 20 years after that movie was supposed to take place, it spoke to me on every level. It perfectly captured the intense friendships I had with my buddies, friendships that were forged in the heat of summer – out of school, free to screw around in the woods, make each other crack up, and tentatively grapple with our oncoming adolescence and all that it would entail – girls, high school, puberty, and all that. The movie also introduced me to River Phoenix whose career I followed avidly, and whose loss I felt deeply. The character he played in Stand By Me also met tragedy, which makes the movie all the more poignant today. Damn, I want to watch it right now. 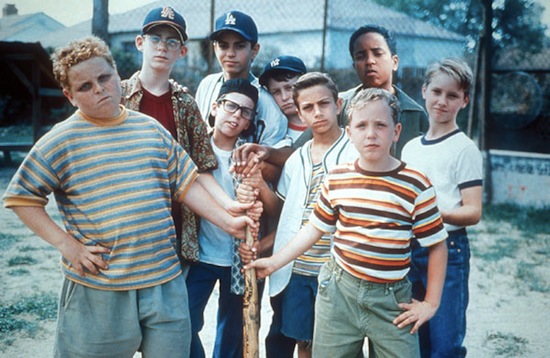 My favorite summer movie of all time is The Sandlot.  Anyone who was a child in pre-Internet decades would probably agree that this film captured the true spirit of what summer used to be: Playing outside till the street lights came on and getting into lots of trouble – all of which was in good fun, of course. The scene when Squints fakes drowning so he can get mouth-to-mouth from the lifeguard makes me laugh out loud to this very day, and I still say "You're killing me, Smalls!" when people frustrate me. I saw Fandango for the first time in the summer of '93. I watched it over and over. Then I went to Boy Scout camp and pretended I was Kevin Costner. The whole week.

– Craig Elrod, The Man From Orlando I'm a big fan of One Crazy Summer. The director, Savage Steve Holland, besides having an awesome name, is a criminally underrated comedic filmmaker with a deranged singular vision. I've heard stories that his repeat collaborator John Cusack hates his films, but I think that's nuts. OCS simultaneously mocks and reveres both the summer films of yore (mostly of the Frankie and Annette beach party ilk) while paying predictive lip service to far newer (and dare I say meta) forms of emerging broad comedy. Needless to say, it ages very well. I will fight you (alongside the dad from the Twisted Sister music videos) if you disagree. It was June 1983 and I had just turned 16 and started my first job – working at the Lode movie theatre in my small hometown in northern Michigan. The Lode (the word “lode” referring to the copper that had been mined in the area for decades) looked like many old movie theatres in small towns, with a cool marquis, and only one theater, not a multiplex in sight back then. I was hired to work the concession stand, and the film playing that summer was Return of the Jedi. And when I say “playing that summer,” I mean the whole summer. It stayed at our one theatre for three months straight. After the theatre owner sold the tickets to the 7:00 show, she would head to the bar around the corner until it was time to sell tickets to the 9:00 show. That left me and the 17-year-old ticket taker in charge. We would grab buckets of buttered popcorn and boxes of Jordan Almonds and sit in the back of the theatre watching Return of the Jedi for the 20th, 30th, 50th time. But I loved it – the Ewoks, the sexual tension between Han Solo and Princess Leia (not to mention between me and the ticket taker), and all the free popcorn and Coke we could swallow down before our boss came back. That’s why Return of the Jedi will always make me think of being 16 and loving summer.

– Heather Courtney, Where Soldiers Come From 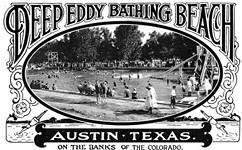