The third installment of the Cinedigm Docurama series screening at the Alamo Drafthouse, The World Before Her, positions itself directly atop a seesaw's fulcrum, and it is impossible to stop watching the resulting documentary.

Writer and director Nisha Pahuja pairs the Miss India contest – watched by over a billion people worldwide – with the girls' training camp for Hindu Nationalism. Filled with the vibrant colors and music of the mesmerizing Indian culture, the film is a brilliant dichotomy rife with emotion and pinpointed examples of the choices Indian women face in the midst of limited freedom.

A quick Google search for “two Indias” results in more than 5 million hits discussing the unique scenario that faces the world's largest democracy: The clash of modern developments with ancient value systems incites both celebration and violence.

Miss India contestant Ruhi Singh, a 19-year-old native of Jaipur, has her eyes on the big prize. Joining 19 other hand-chosen women, she has the unwavering support of her parents, something not possessed by every young woman defying thousands of years of concrete gender roles. Interviews with Singh and several other contestants reveal the women’s perfectly reasonable, modern, heartfelt desires to become self-sufficient and earn respect in their community. Although a beauty pageant seems to uphold the objectification and stereotypes fought hard against, in India winning titles such as Miss India are one of few ways women can earn top-earning positions and the respect of men in the workplace.

For many of the small town girls, their only other option (they believe) is marriage and homemaking. In households of extremely conservative beliefs, a young woman is married by 18 and risks physical brutality for attempting to buck the system, for attempting to work toward dreams of career or anything categorically defined as male. India's beauty contest network runs a bit differently that the Western counterpart: The bikini section is held behind closed doors because of threats of violence from traditionalists, or extremists, as their actions have reclassified them.

Pahuja sharply contrasts Singh's path to the crown with the portrayal of the beliefs and goals of Prachi Trivedi, a young woman who works as a drill sergeant for the Durga Vahini camp for girls. Trivedi spends two one-week sessions a year training girls in the strict regime and disciplines of the women's wing of the Hindu Nationalist group – a fundamentalist party considered extreme and sometimes referred to as “India's Taliban.” The other 50 weeks of the year, Trivedi is found at home. The only child of conservative parents, Trivedi is an almost “perfect product” of her father's religious dedication, her mother's apparent silence, and their graciousness – they let her live, after all. (According to the film, in India, an estimated 750,000 girls are aborted each year, and an unknown number of female babies are killed at birth.)

Despite her father's insistence that Trivedi will get married soon and bear children, thereby forgoing any further efforts toward a career, she maintains that God was in a strange mood when she was created, and so continues on her path to become the next Sadhvi Rithambar. “I hate Gandhi,” Trivedi says. When asks whether she realizes that the very system to which she has dedicated her life actively works against her as an unconventional woman, she affirms this is true. Yet she insists she would give her life for Mother India and commit violence against perceived attackers – bombs, guns, whatever means necessary. Although militant, microscopic cross-sections Trivedi's heart are captured in Pahuja's documentation, perhaps illuminating the surprising similarities of the two women, representative of so many Indian women.

The pivotal, absolutely riveting connective tissue of The World Before Her is this: Singh and Trivedi, for all their differences, both live under the thumb of India's patriarchy. Both young women face obstacles unfamiliar to the vast majority of Western girls, something mentioned repeatedly in the film. It is worth noting, however, that despite the comparisons, Western culture is not painted in an entirely negative light; Americans are not demonized. The duality of India is depicted as more of a civil war, including raw footage and recent examples of internal brutalities.

The old times and new changes of their beloved homeland thwart their dreams while simultaneously inspiring them. The opposing forces of the two Indias, some tangible, some perceptions based in reality, have never been more determined to fight to the death to win gender equality. The World Before Her is truly a must-see film.

The World Before Her screens Tuesday, May 7, 7pm, Alamo Drafthouse Village as part of the Cinedigm Docurama film series. Reprise screenings are Saturday, May 11, 4pm, and Sunday, May 12, 1pm, at Alamo Drafthouse Slaughter Lane. 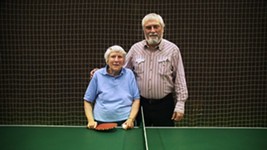 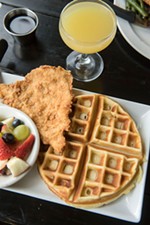