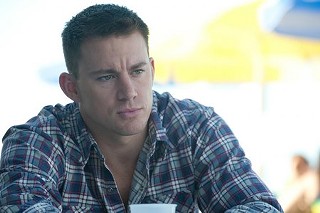 The Daily Show gets a new host, strippers get some more love, and Gilmore Girls gets another look, all in this edition of Film Flam.

• Sequel Nation: Ladies, control yourselves. News has surfaced this week that there's a distinct possibility for a Magic Mike sequel, bringing more sexy stripteases than you can … er, shake a stick at. Since director Steven Soderbergh has announced he's retired from Hollywood at 50 (despite keeping busy with a film at Cannes and a novella on Twitter), that could leave star (and real-life inspiration) Channing Tatum in the director's chair… Meanwhile, Joe O'Connell reports that the fourth Transformers outing will be shooting in the Austin area for three or four weeks beginning next month. The town of Taylor will play host to an exploding car, and robots will be chasing their way through Elgin. Sounds like the perfect time to get a refresher course in Michael Bay's better moments.

• Kids These Days: With such notable alumni as Robert Rodriguez, Wes Anderson, Matthew McConaughey, and Heather Courtney, it should come as no surprise that the University of Texas Radio-Television-Film Department kids mean serious business. But it bears repeating when you hear things like this: The classmates in Cindy McCreery's "Writing for Series Television" course this semester took that title to heart and worked up a 12-episode series under the guidance of writer/producer Scott Shepherd (Miami Vice), who's going to pitch the final product to buyers in L.A. We'll keep you posted on their prospects… Meanwhile, the department will host the third annual Wofford Denius Longhorn Showcase at 6pm on Saturday, May 11, where you can see a dozen of the year's best student shorts – including three regional Student Academy Award winners. (Note: Three UT students are now finalists in the national competition, so stay tuned for news on that in early June.) The showcase is at Studio 6A, and it's free, so why not? Check out the full slate at the UT RTF website.

• Funny Business: Though not particularly local, Comedy Central is decidedly a favorite of many Austinites, so you might want to know the two big pieces of news to come out of their office this week. First off, the network has launched its "Countdown to 'Futurama'" campaign on Facebook, where they're releasing new exclusive content every day for the next 50, counting down toward the final season premiere on June 19, 9pm CT… Also in June, John Oliver settles into the big chair on The Daily Show while host Jon Stewart goes on hiatus to direct Rosewater. Oliver's reign runs June 10-Sept. 3, and we expect joking resentment from Jason Jones and Jessica Williams, either of whom also could've been appropriately at home at that J-shaped desk.

• File Under 'N' for 'Nostalgia': The folks over at Forever Young Adult are rewatching all seven seasons of Gilmore Girls and recapping the highs and lows of the hit WB/CW show about motherly/daughterly love, coffee addiction, young love, and 90-mile-an-hour pop culture references. The rewatch project just got started, so there's plenty of time to catch up and keep up, an effort that becomes that much more attractive when you realize 1) there's a drinking game attached, and 2) pop culture references from 2000 are more out of date than it seems like they should be.

• Bonus Track: Austin animator Joe Nicolosi had his mom watch The Matrix and retell him her version, and he animated her whole rambling summary. Highlights? "A ton of guns," Keanu Reeves' possible bisexuality, a character named Moshimo, and more than a few scenes redacted for those who don't like violence, courtesy of Mom Nicolosi's closed eyes.