No pain, some gain from last weekend's Michael Bay marathon 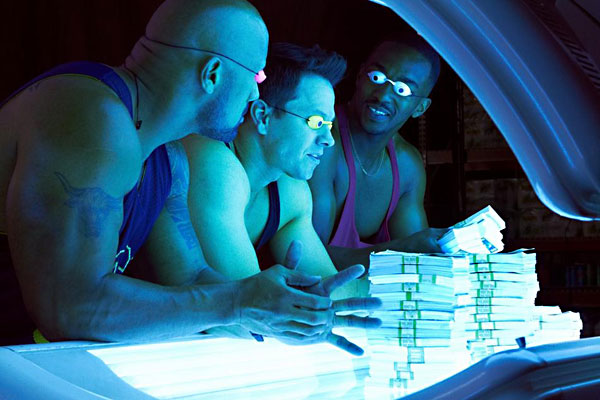 Muscles and money in 'Pain & Gain': But is that really all there is to Michael Bay's films?

Now you might call it Stockholm Syndrome, but I'll concede: After 10 straight hours of Michael Bay movies last weekend, it's hard not to admit that he's a pretty damn fine film maker.

Of course, that could just be the green Jello talking.

Whether you like or hate Bay's brand of crash-bang-boom action cinema, it's hard to claim that he doesn't do it really, really well. Alamo Drafthouse booker Greg MacLennan, the twisted soul behind last weekend's four movie wall-to-wall-Bay-a-thon, was making some pretty heavy arguments for Bay being as good as his own ego claims. He's definitely a cinematic survivor, and somehow wedged some iconic images in the collective movie-watching brain.

And last weekend, as I found myself losing a green Jello eating contest, in honor of the lime-colored nerve gas that is The Rock's central macguffin, I found myself agreeing with MacLennan. Across Bad Boys II, Armageddon and Bay's latest, the subversive anti-action flick Pain & Gain, as the sugar rush melted my brain, I had to concede: Maybe this infamously crusty director does have something to give the world. I mean, the Transformers films still suck, and his claims he'll rewrite the origins of the Teenage Mutant Ninja Turtles will invoke endless comic reader rage, but it's not all bad. When Bay is being Bay, it's still seriously entertaining. But what puts the pop in his popcorn?

Ed Harris, pre-betrayal by mercenaries, in 'The Rock.' Seriously, how did he not see that coming?

1: Michael Bay likes the military. Mostly. OK, so the Transformers films were generally camouflage fetish porn with some robots around the side (Transformers: Dark of the Moon was more like a MASK/GI Joe crossover than an Energon-fueled excursion). And everyone knows that the US armed forces would lend him everything short of launch codes if they asked him. After all, Ed Harris' steely-eyed performance as a warrior king defending his men in The Rock is like Coriolanus with more nerve gas. At the same time, how does General Hummel not see the obvious betrayal by the mercenary scum under his command coming? As for Armageddon, it's the US Air Force that tries to convince the president to blow up Bruce Willis with a nuke (coincidentally, the plot of Die Hard XIII: Walk Hard to the Bathroom). So mostly it's that Bay doesn't trust the top brass, and has an inherent mistrust of any institution. In fact, the only organization that he boosts 101% is NASA. Nerd power!

2: Those trademark Bay shots? They're real. And they look like military recruitment ads. Or military recruitment ads look like them. Apart from 'silhouetted against an orange sunset', which has been a constant tribute to how Tony Scott lensed the shooting of Captain Andrew Bogomil in Beverly Hill Cop II. Watch the strip joint sequence in Pain & Gain.Then watch the club OD scene in Bad Boys II. Then watch Steve Buscemi making it rain in Armageddon. Notice any similarities? Yup. But every time they mean something a little different. And he knows he's doing it. He even throws in little Easter Eggs, like the motion detectors from The Rock that also appear in Bad Boys 2. Never say he doesn't have a sense of humor. But what the trademark visuals really indicate is one, that Bay knows how to compose a shot and two, he knows how to edit a sequence. MacLennan argues that Bad Boys 2 is the Citizen Kane of action movie editing. While that may be overstretching the point, that Bay could extract something coherent from his swirling whirlpool of multi-camera takes is a victory of control. And, doesn't matter how many time he does it, that 'actor rising in slight slo-mo as the camera tracks below' deal is still the stuff of which two-fisted heroes are made.

3: Michael Bay knows talent, and likes to put it all on screen. OK, have you seen the cast list for The Rock? Ignore the headliners. How about Michael Biehn, Tony Todd, and a blink-and-you-miss-him Jim Cavaziel? Throw in John Spencer, before heading to The West Wing, and a stellar duo of TV docs: St. Elsewhere veteran David Morse, and a pre-Scrubs John C. McGinley. They all have micro-roles, but that's what ensemble casting is. Same with Armageddon: Peter Stormare, Billy Bob Thornton, and William Fichtner? That's a Tribeca opening night line-up, right there. Moreover, Bay knows how to shape talent to what he needs. He could make Steve Buscemi into an action hero. Actually, he did. By 1998, Buscemi had convincingly dumped his nebbish bit part persona in favor of weasly killers like Mr. Pink in Reservoir Dogs, Mr. Shhh in Things to Do in Denver When You're Dead, and then stealing the show as Garland Greene, the Marietta Mangler, in Con Air. Somehow, Bay made him convincing as a drill-wielding rough neck, a survivor of rigs and bar fights across the world. But then, Bay can shoot anyone to look like a badass (again, see Owen Wilson in Armageddon) He made Nicolas Cage and Will Smith into leading men (OK, so that's a 'for good or ill' situation, as anyone that saw Bangkok Dangerous can tell you), and gave Sean Connery his last watchable part. For that alone, everyone can just shut up. 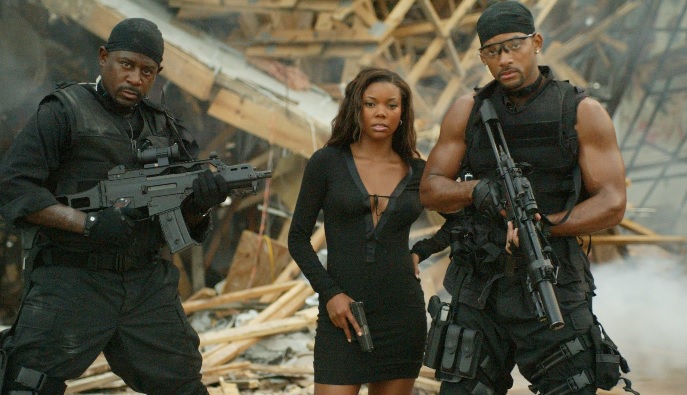 Two of these people look ready to invade a foreign nation. And then there's Martin Lawrence.

4: For Bay, too much is never enough. Someone buy the man a watch. If there's one big failing of Bay the director, it's that he can't bring a movie in under two hours. Even Pain & Gain, his intimate black comedy, is 130 minutes. It's not the bombastic shots that are the sign of Bay excess: It's the seat-numbing third act. But then again, he does have a knack of delivering. Remember Bad Boys II, where the film should end around the two hour mark, but instead he has Miami PD invade Cuba? Yeah, that's what we're talking about.

5: Bay is a master manipulator. Yeah, he knows you hate him, and he's OK with that (that would explain the burning cross next to his name in the credits for Bad Boys 2). But he also knows that He can even elicit sympathy for the three muscle-bound lunkheads at the core of Pain & Gain. His three inept protagonists – Daniel Lugo (Mark Wahlberg), Doyle (Dwayne Johnson) and Doorbal (Anthony Mackie) – are basically the Three Stooges with steroid problems. He doesn't gloss over anything they do, but he makes them both despicable and explicable at the same time. Their victim, Tony Shalhoub's tax evading schlub, is the most unpleasant character in the whole farce, but Bay never stops reminding the audience that, hey, this is just not right.