'This is Roller Derby' Trying to Roll to Austin 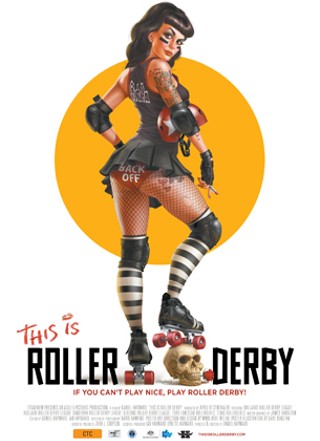 It's been said that Roller Derby is like rugby on wheels, so it's no surprise that the sport has taken hold in Australia. One antipodean film maker has caught the Southern Hemisphere's version of the derby revolution, and now he's trying to bring his documentary to Central Texas.

Shot mostly in 2008, Australian director Daniel Hayward's documentary This is Roller Derby covers four Australian leagues: Ballarat, Adelaide, Canberra and Geelong. But, like anyone serious about talking about the growth of modern Roller Derby, he visited ground zero for the revolution: Austin, Texas. The film includes both the flat track Texas Rollergirls and the banked track TXRD Lonestar Rollergirls. The film opened in Australia last year, so now he's trying to organize the funds for an Austin premier at the Moviehouse on June 1.

Through his Pozible campaign, he's already raised $1,363 Australian (roughly $1,400 US dollars), and he has four days to raise the rest. Backer incentives include tickets to the premier, plus DVDs and posters.

Austin knows a thing or two about Roller Derby docs: After all, it's home to Bob Ray and Werner Campbell's Hell on Wheels, a fly-on-the-wall look at the birth, near death, and phoenix-like resurrection of the phenomenon. And Hayward wouldn't even be the first derby documentarian to crowdsource a screening tour. Last year, Denver-based film makers Robin Bond and Dave Wruck produced their take on the world's fastest growing women's sport, Derby Baby, and used a Kickstarter campaign to fund the DVD and pay for a screening tour.

For more about Hayward's fundraising campiagn, visit his Pozible page.

Find out more about the film at www.thisisrollerderby.com. 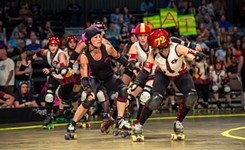