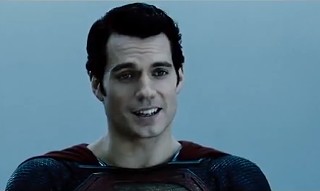 It's been an exhausting week. Between the bombings in Boston and the explosion in West, you wouldn't be blamed for wanting to hide out in a room full of puppies for a while.

But summer blockbuster season is upon us, which means even when you escape to the movies, your adrenaline is going to be pumping. Fortunately, these three projects will give you a hero – or superhero – to rally behind, right when you need it most.

Welcome to the Trailer Park.

The third official trailer for Man of Steel dropped this week, shedding new light on the Superman reboot everyone's waiting for. It's Clark Kent's origin story, directed by Zack Snyder (300), and starring Russell Crowe and Henry Cavill. Superman swoops back into theatres June 14.

JJ Abrams' highly anticipated sequel adds Benedict Cumberbatch (Sherlock) and his deep dark voice as a villain to Chris Pine's Captain Kirk, and this is the most in-depth look we've gotten at either in some time. Look for the movie in theatres May 17.

Jeff Bridges and Ryan Reynolds, as cops who've gotten a second life after death, are responsible for putting out the bad guys that might've otherwise escaped. Mary-Louise Parker (Weeds) keeps everything moving smoothly with plenty of sass to go around.