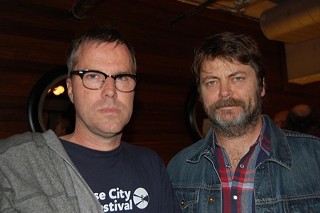 Bummed you missed Somebody Up There Likes Me during its all-too-brief run at the Violet Crown this month? Wondering what Nick Offerman looks like without a moustache? Missing Louie?

Allow us to present a 13-year-old indie by director Bob Byington, Tuna, which stars a babyfaced Nick Offerman and a then-unknown Louis CK.

Vulture found the full 58-minute film ("an awkward length," admits Byington) on YouTube, where the director hopes it "will get another script of [writer Adam DeCoster's] produced." This micro-indie isn't for everybody, but for folks who are now consuming everything they can get their hands on that involves Louis CK (then 32) or Offerman (now famous for his turn as Ron Swanson in Parks & Recreation), it's a must-watch. 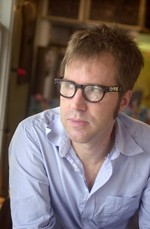