'Don Jon' Gets a Release Date 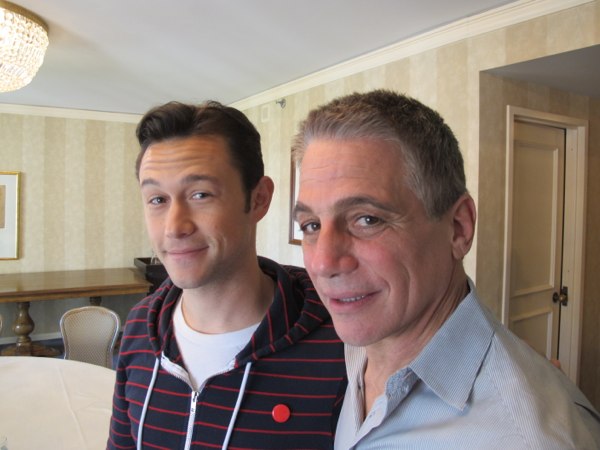 Everybody loves Joseph Gordon-Levitt, but now you get another chance to love his directorial debut, Don Jon (formerly known as Don Jon's Addiction.

Gordon-Levitt (500 Days of Summer, The Dark Knight Rises, Looper) and co-star Tony Danza were in town during March's South by Southwest Film Festival, but their project had already seen much success by that point, having premiered in January at Sundance (where it was almost immediately snatched up by distributor Relativity Media).

For now, we'll just share this photo we took during our sit-down with the two at SXSW, but look for more from JGL and Danza closer to October.

Joseph Gordon-Levitt and the Naked Truth
For his first turn in the director's seat, JGL tackles pornography ... sort of