The SXSW staple blog returns with Richard Linklater and more

All throughout the South by Southwest Film Festival, we brought you daily posts of trailers to help you plan your day. Now, it's not every week we have 140 features in town to promote and fawn over, but a few exciting developments have hit the interwebs in the last few days that we thought might warrant a return to … the Trailer Park.

Speaking of SXSW, we wanted to give you this trailer then, as Richard Linklater's third installment in his Before series premiered at the Paramount during the Festival. But that just wasn't in the cards, as the official trailer didn't drop until the end of last week. Finally, whether you've been waiting a couple of week or nine full years, here's the official trailer to Before Midnight. Ethan Hawke and Julie Delpy return as Jesse and Celine on May 24.

As if the world needed any more reasons to fall in love with Ryan Gosling, the official red band trailer for his forthcoming collaboration with Nicholas Winding Refn dropped this week. The director proved with 2011's Drive that he could bring out the sultrier badass side of Baby Goose, and we get the idea from this trailer that we're not in The Notebook's Kansas anymore. No word on release date for this one, but keep an eye out for Gosling in The Place Beyond the Pines, opening in select Austin theatres April 12.

OK, to be fair, no trailer here. We wish. But the long-awaited fourth season of the cult favorite comedy starring Jason Bateman, Michael Cera, and co. returns to small screens thanks to Netflix on May 26. Check out the poster below; it dropped yesterday. 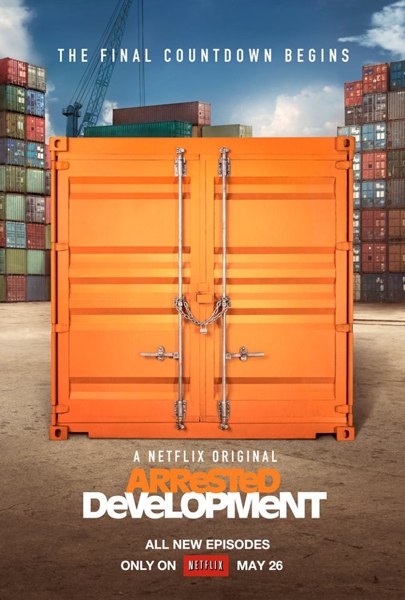