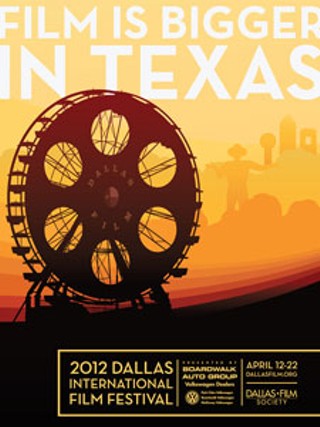 The Dallas International Film Festival kicks off today in our I-35 neighbor to the north, and you might notice more than a few familiar feature titles in the program. Check out our coverage of some films that stopped in Austin before making their way to the next stop in the festival circuit.

Chadwick Boseman portrays Jackie Robinson in this Warner Bros. film about the life and career of the late baseball player whose joining of the Brooklyn Dodgers in 1947 ended racial segregation in pro baseball. Read more about its March screening at the Paramount.

Hannah Fidell's narrative feature is in competition up in Dallas, but Chronicle film critic Marjorie Baumgarten got a first look when the locally shot piece premiered at Sundance earlier this year.

We Always Lie to Strangers

In case it needed reminding, Branson, Mo., is a funny place indeed. Read our full review from its SXSW appearance.

Jeff Nichols' latest feature stars Matthew McConaughey and also screened at SXSW 2013. It returns to Austin theatres April 26, so keep your eyes peeled for our coverage that week.

The woman behind the Beatles finally speaks up, and what a charmer she is. We interviewed filmmaker Ryan White about the unique music rights in the film, and we published a capsule review here.

Backup singers finally make it front and center in this new documentary from Morgan Neville.

Bryan Poyser brings together Air Sex, the quest for true love, and "all of the dumb things that you do when you're in your 20s" in his latest film, which had its world premiere at SXSW. Check out our interview with the director.

Sean Gallagher's debut feature is an ensemble film that includes three accomplished directors as actors. Read about the process of filming in Manor in our interview with Gallagher, and then check out these scenes from the film's premiere at the Topfer Theatre, courtesy of Arts+Labor.

Yen Tan's third feature finds humanity in transaction and follows two semicloseted men in rural Texas dealing with the weight of former relationships. We caught up with Tan before his film screened in March.

This Is Where We Live

A handyman shakes up the routine of a family in the tiny town of Llano with a son with cerebral palsy. This film is a triumph by any standards, but we're especially proud that it's both locally shot and locally acted.

You likely heard the headlines about Diana Nyad's attempts to swim from Cuba to Florida. Here's our take on her hero's journey.