BBC America's Supernatural Saturday a marketing fumble, but a DVR must

Saturday night sees a host of premieres, with anchor show Doctor Who debuting a new season and a new companion, played by Jenna-Louise Coleman, who book-ended the last season with starring roles in the first Daleks-heavy episode and its Christmas special (playing different but related guises) and becomes a full-fledged cast member in the show’s Golden Jubilee year. Doctor Who’s a no-brainer for the “supernatural” moniker, even if that adjective hardly hints at the multitude of genres the show hits; see also: fantasy, sci-fi, comedy, kiddie show, and very adult meditation on what it means to be human and an otherworldly outsider.

But what of the new additions to the lineup? The Nerdist talk show takes over the end-of-night slot and is hosted by Chris Hardwick, the pundit of all-things-geek behind the popular American podcast of the same name. (Still stuck in the Nineties? You’ll remember Hardwick as host of MTV’s Singled Out way back when. How way back? Co-host Jenny McCarthy wasn’t political yet, and Dennis Rodman was just another NBA baller blip on the radar of replacement hostess Carmen Electra.) Can The Nerdist plausibly be indexed under “supernatural” fare? Probably not, but the dons of geek that host it – and the audience that hungers for it, or at least has made the podcast a hit – certainly put supernatural-leaning narratives high on their list of concerns. The premiere episode aims to hit that sweet spot by scooching Doctor Who’s Eleventh Time Lord Matt Smith and Lost’s Dominic Monaghan onto the talk-couch.

That’s cross-promotional savvy, for sure. (Monaghan hosts another BBC America show, creepy-crawly travel doc Wild Things, that I would probably watch if there weren’t so many goddamned snakes slithering around the promo materials.) Also riding shotgun in The Nerdist’s maiden voyage: Tatiana Maslany of new show Orphan Black, which also debuts Saturday in the nicely nestled hour between Doctor Who and the The Nerdist.

Orphan Black is a BBC America original series (read: not sloppy seconds from over the pond). It doesn’t at all square with the “supernatural” motif, but that’s not a bad thing: Orphan Black is an intriguing new entry in the undernourished but creatively fertile “futurescape-slash-we're-all-fucked" genre, of which Battlestar Galactica is still the standard-bearer. 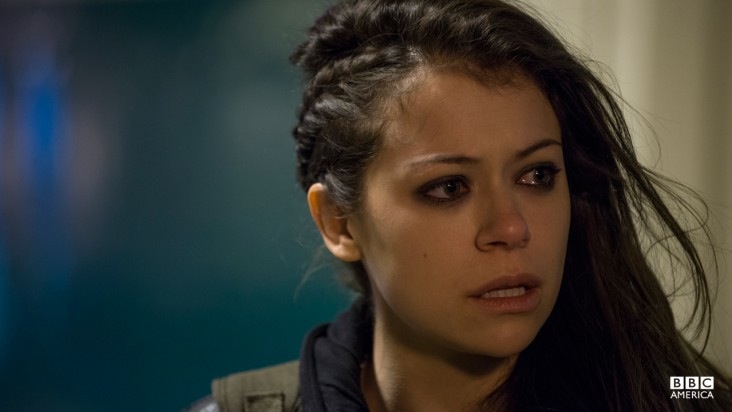 Without preawareness of Orphan Black’s twist, you might even confuse it for a workaday crime procedural – con artist Sarah (Maslany) adopts the identity of a lookalike, who just happens to be a cop – with a long-game mystery built into the plot. Promotional materials have plainly divulged what that twist is, but the series itself doesn’t spell it out until the end of the second episode, so you might want to stop now. (That’s a spoiler alert.)

The show opens with Sarah, a British punk-rock former foster kid washed up in New York and fleeing an abusive relationship, spying a shot at a new life when she witnesses a subway suicide. To start with, she steals the suicide’s handbag, and then her identity when she notices how strong the resemblance is. The resemblance doesn’t end there. Soon enough, Sarah sees her face everywhere – in a suburban soccer mom, a German expat, a Midwestern genetics genius, and even a violent offender. Call it clone wars, but Sarah doesn’t even know who the enemy is: Her maker? The other clones, who aren’t exactly friendly? Or the religious zealots waging a holy war against them?

Orphan Black, co-created by Graeme Manson (Flashpoint) and John Fawcett (Spartacus), missteps with how closely it plays to the vest the central conceit, and the show doesn’t start to zing until multiple versions of Sarah come out of the woodwork. The slow reveal frustrates, but the slow build – at least as evinced in the episodes released to the press – works. As Sarah inherits the suicide’s job as a cop, procedural elements are threaded into the plot, along with the overarching mystery of the clone business, and are further complicated by Sarah’s distressed family life (a foster brother, an abandoned daughter, an embittered surrogate mom) and the piling-on dramas of her newly discovered network of clones. They, too, add up to a family of sorts, which isn’t to say a familiar face won’t knife her in the back should the mood strike.

Maslany convincingly animates the wildly different iterations, and the digital trickery required to put multiple clones in one frame is seamlessly executed. Orphan Black doesn't gosh-wow right out of the gate, but there's potential for a satisfying slow burner. 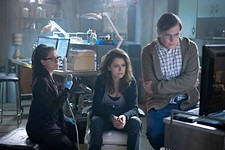 I Like to Watch
Orphan Black, Unbreakable Kimmy Schmidt, and the appeal of the status quo