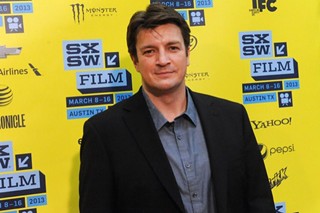 From his breakout role in Firefly and Serenity as Captain Mal Reynolds to his most recent appearance in Much Ado About Nothing – another Joss Whedon project, by no coincidence, which premiered at South by Southwest this year – we've always loved the actor, and we'd like to invite you to take a fond look at some memorable Fillion moments from throughout the years.

Waitress: Fillion shines as dreamy, thoughtful, and down-to-earth obstetrician Dr. Pomatter, but the film was overshadowed by director Adrienne Shelly's homicide before its Sundance debut.

Dr. Horrible's Sing-Along Blog: Joss, Jed, and Zack Whedon put together this three-part tragicomedy during the writers' strike a few years back, in which Fillion is a delightfully "D-grade villain." (Apparently Joss Whedon has always been terrible about taking vacations.)

Much Ado About Nothing: Fillion called himself a "chickenhearted actor" in this year's SXSW panel about the forthcoming film.

Castle: An 80-year-old anonymous reader once left a Chronicle TV columnist a voicemail about getting into the show to check out the "real dreamboat."

And, last but certainly not least:

Firefly: A picture of Joss Whedon was the only thing keeping the world from seeing Fillion's nether regions. 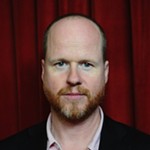