From the Vaults: Harmony Korine Is Back From Break

Will 'Spring Breakers' continue its smash-and-grab at the box office?

Last weekend, Harmony Korine's Spring Breakers opened in three theatres in New York and Los Angeles and received some of the best box office numbers ever received for a specialty picture. This weekend, the movie opens in approximately another 1,100 venues (including 15 in the Austin area), and the question is whether its success will continue. 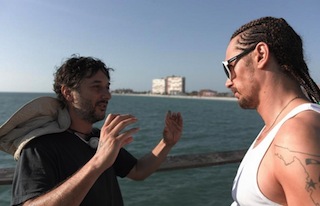 Harmony Korine broke into movies when he wrote the screenplay for 1995 Kids, Larry Clark's disturbing film about a group of young New York City teens (and prepubescents) and their dangerous mores. Korine got to write and direct his own film Gummo in 1995. Set in Xenia, Ohio, Gummo shows us affectless cat-killing kids and other horrors. Our reviewer Russell Smith cited the film for its "unmitigated repulsiveness" and gave the movie a bomb instead of any stars.

Things improved for Korine with his next feature julien donkey-boy, released in 1999. In the opening words of my review, I said, "Julien may be a donkey-boy but it's Harmony Korine, this film's director, who is a horse's ass. A talented one, to be sure, but nevertheless a beast that seems not fully tethered or reined in. Korine's star has risen on the basis of his distinctive brand of abrasive cinema." I rated the film at 2.5 stars.

After a significant break, Korine was back in theatres with his next feature 2008's Mister Lonely. This time out, Korine created memorable images of social outsiders who are barely connected to their own identities. They are celebrity impersonators, played with touching sensitivity by Diego Luna as Michael Jackson, Samantha Morton as Marilyn Monroe, and Denis Lavant (Holy Motors) as Charlie Chaplin, among many others. That film earned a recommendable three stars in our review. Korine also appeared with the film at the 2008 SXSW Film Festival and was interviewed by Cindy Widner in "You Are Not Alone." Harmony Korine on the set of Spring Breakers

With Spring Breakers, Korine is earning some of the best reviews of his career (my Chronicle review rates it at 3.5 stars), and he has now demonstrated that he can be a box-office player. We can only wonder what this "kid: will do next. 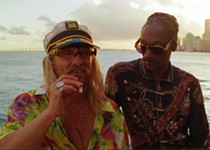