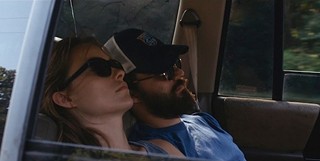 Olivia Wilde and Jake Johnson in Joe Swanberg's ' Drinking Buddies', acquired by Magnolia Pictures after a rapturous response at SXSW

There's no post-SXSW hangover for director Joe Swanberg: His ensemble drama Drinking Buddies has just been acquired by Magnolia Pictures. He's not the only one to be celebrating, as the cute little demon Milo finds a home at Magnolia's genre stable, Magnet.

In a press release, Magnolia President Eamonn Bowles said, "We’re raising an imperial pint in celebration. … Joe Swanberg has been evolving steadily as a filmmaker, and with Drinking Buddies, he’s delivered his best work yet – a truly funny, smart and insightful film about real adult relationships."

Yesterday Bowles also got to announce that Milo, directed by Jacob Vaughan, will be erupting through Magnet later this year. He called it "a rare entry in the horror-comedy genre that truly delivers." Vaughan, who cut his teeth as an editor and producer on locally linked projects like Bryan Poyser's Dear Pillow and the Duplass Bros.' Jeff, Who Lives at Home, called Magnet "the perfect home for Milo. The company is second-to-none in releasing quality genre movies and their passion for Milo is overwhelming."

This continues a good run of of SX acquisitions: During the festival, Drafthouse Films announced they had picked up the audience award-winning Cheap Thrills, starring the phenomenal Pat Healy (Compliance) and his The Innkeepers co-star Sara Paxton.

Read our interview with Vaughan and the Milo cast here, and read our review here.

Read our chat with Swanberg, Wilde, and the rest of the Drinking Buddies cast here, and catch our photo gallery from the red carpet here.

Read about the SXSW premiere of Cheap Thrills here. 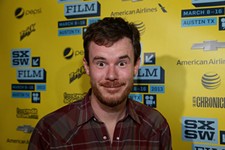 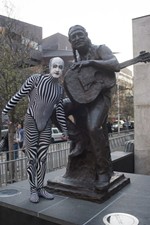