From the Vaults: Herzog's Ecstasy of Truth 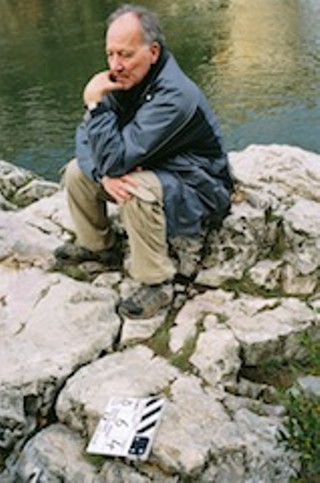 Werner Herzog on the set of 'Cave of Forgotten Dreams'

"I'm after some deeper truth, said filmmaker Werner Herzog to Austin Chronicle interviewer Marrit Ingman regarding his documentary Grizzly Man. "To find some sort of ecstasy of truth, I stylize, I fabricate, I stage, I invent dialogue all over the place," he continues. "So when you speak about documentaries, do it with a necessary caution."

Ingman spoke with Herzog in 2005 in conjunction with the Austin opening of Grizzly Man, the director's provocative portrait of Timothy Treadwell, the naturalist who lived among grizzly bears and died after being mauled alive. In "Discord and Ecstasy," Herzog discusses some of his ideas about documentary filmmaking, an activity in which he's engaged almost as much as his fiction filmmaking.

Herzog has been interviewed several times over the years members of the Chronicle staff, and today's opening of his latest documentary, Happy People: A Year in the Taiga, caused us to look back at some of these interviews. In "Bring It" prior to his 2002 attendance at Cinematexas, Herzog described himself to Marc Savlov as a "soldier of cinema." Savlov again interviewed the filmmaker in "The Big Seedy," on the occasion of the release of Bad Lieutenant: Port of Call New Orleans. In "Amongst Fiends" (2000), I discussed with Herzog his movie My Best Fiend, a documentary about his infamous relationship with the actor Klaus Kinski.

Archival links to some of the other Werner Herzog documentaries reviewed by the Chronicle include Into the Abyss, Cave of Forgotten Dreams, Encounters at the End of the World, Echoes From a Somber Empire, and "Herdsmen of the Sun." 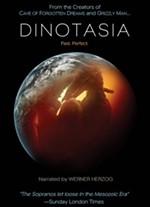 Werner Herzog, documentaries, Happy People: A Year in the Taiga, Grizzly Man, Cve of Forgotten Dreams, My Best Fiend, Echoes From a Somber Empire, Into the Abysas, Encounters at the End of the World