Tarantino to Make 'Dazed And Confused' (Hall of) Famous 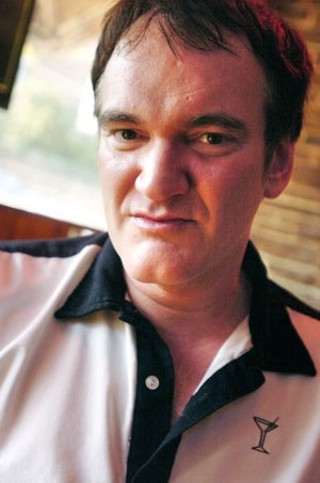 It's felt like forever since honorary cinematic Austinite Quentin Tarantino was seen in the 512, but he's back, baby, and will be presenting the Star of Texas Award to Richard Linklater’s Dazed and Confused next month.

Tarantino was inducted into the Texas Film Hall of Fame back in 2010 when he won the Tom Mix Honorary Texan award, in celebration of his impact on the state's movie industry and cinematic culture. The Californian left his mark, especially in Austin, through his collaborations with Robert Rodriguez, his work with AFS, and his famous QT Fests (first at the sadly lost Dobie, then at the original Alamo Drafthouse on Colorado). Now he returns the favor by presenting the prestigious award to Linklater at the Texas Film Hall of Fame Awards on March 7.

Tarnatino's name jams in one more reason that the 2013 awards ceremony will be unmissable. This year's honoree list includes Henry Thomas (E.T.: The Extraterrestrial, Big Sur), Robin Wright (The Princess Bride, House of Cards), Oscar- and Emmy-nominee Annette O'Toole (Smallville, A Mighty Wind), and the mighty Stephen Tobolowsky (Heroes, Deadwood, Mississippi Burning and, of course, Ned! Ned Ryerson! from Groundhog Day), who will be inducted by Airplane's Julie Hagerty.

Read more about the TV careers of this year's inductees and the Dazed and Confused reunion in this week's issue.

The Texas Film Hall of Fame Awards take place March 7 at Austin Studios, 1901 E. 51st. Tickets for the awards ceremony and afterparty are on sale now via www.austinfilm.org.