SXSW sets on 'The East,' 'Much Ado' panel corrals cast and crew

The East, a thriller from Sound of My Voice collaborators Zal Batmanglij and Brit Marling, will close the 2013 SXSW Film Festival, organizers announced today. Also announced: a starry panel pulling together Whedonverse favorites. 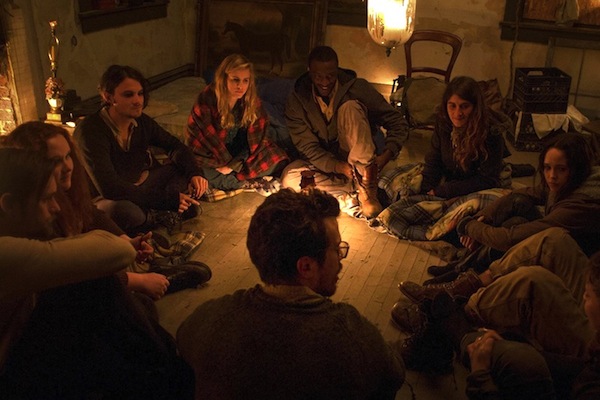 Also announced were additions to the conference lineup, including panels with Joss Whedon and his Much Ado About Nothing cast, including Amy Acker, Alexis Denisof, Nathan Fillion, and Clark Gregg; Harmony Korine and "His Spring Breakers" (no specific cast announced, but James Franco regularly cats around at Austin fests); a spotlight on YouTube channel JASH, with paneling provided by Sarah Silverman, Tim Heidecker and Eric Wareheim (Tim & Eric), Michael Cera, and Reggie Watts; conversations with Rob Zombie and Danny Boyle; and a special Vimeo presentation of a remastered and expanded "It's Such a Beautiful Day," Don Hertzfeldt's capper to his epic animated "Bill" trilogy (that event will conclude with "a very special announcement," the SXSW press releases teases). We've left some stuff out. You can read it all over at the SXSW Film website.