The big game has become the big product launch. Everyone knows, the first Sunday in February is all about big TV ads, and that applies to movie trailers. So I spent yesterday watching every rush, every foul, every moment of play, waiting for the big reveals, and nothing. Wait, what, they were being shown on the Super Bowl, not the Puppy Bowl? Aw, man …

The big game has become a powerful way for the studios to start talking up their Summer tent pole releases. It was short on big surprises (nothing new for Pacific Rim, and a tease for The Wolverine would have been nice), but it starts to show where the real publicity pushes will be, and maybe where some panic buttons are being pushed. After all, a Super Bowl spot does not guarantee the audience will come flocking (just ask the producers of John Carter about that). So what was getting some first quarter offense in?

Yet again, it may be a summer of the franchises. The Fast and Furious guys get fastererer and furiousererererer, Star Trek Into Darkness primes itself to be the new Wrath of Khan, and we're still scratching our heads about why Sam Raimi has decided to go back to the Frank. L Baum section of his library for his latest. Is there enough of an audience baying for a new Oz outing? Same question probably applies to The Lone Ranger. The Western vigilante has been a-mouldering in the grave since a 2003 TV pilot, and audiences haven't exactly been baying for revisionist 19th century action. So will this be filed with Jonah Hex and Abraham Lincoln, Vampire Hunter?

Oz The Great and Powerful

Raimi is riding this Spring's dark horse into multiplxes, and the trailer better get some excitement going for this low-buzz fantasy. The glossy visuals have a lot of Tim Burton's Alice in Wonderland about them, which may be bad news for critics, but since that was a box office leviathan, who knows? Open March 8.

Robert Downey Jr. proves again why he has carried this mechanical monster of a franchise on his back. We already know that his old comic nemesis (hinted at in Iron Man) the Mandarin is the big bad this time around, and that he really put Tony Stark through the emotional wringer this time. Smart move? We'd already seen stills from the airborne rescue sequence being filmed, but the hints we get show that franchise virgin Shane Black can carry a big action scene. Open May 3.

With the news that director JJ Abrams is taking over on Star Wars (I'm still having weird Felicity nightmares about this), the pressure is back on for his second entry in his rebooted Federation/non-canon fan fiction. The new trailer doesn't add a lot, but we get two clarifications. First, the clear shot of the NCC-1701 logo on a starship means its definitely the Enterprise going for an enforced swim. Two, Benedict Cumberbatch remains a badass. Opens May 17.

The only brand-new trailer providing a real first look at an upcoming blockbuster. But, seriously, when exactly did the car-porn franchise become a XXX spin-off? Tanks? Die Hard II-style airplane crashes? Really? This may be the dumbest mega-franchise imaginable, but they are consistently fun (OK, so we agree with Samuel L. Jackson: Tokyo Drift does not exist in this dojo). The Fast films have always been a blast when having foxes run riot in the henhouse, so putting Vin Diesel, The Rock and Paul Walker in a team-up to drive quickly, smash things and generally provide early summer gloss, well, you know you get what you pay for. Oh, and yes, the end-of-trailer reveal is exactly as much fun as you'd expect it to be. Opening date: May 24.

The producers may be breathing a sigh of relief after the small budget Warm Bodies proved there's still motion in the corpse of zombie moviedom. There's really not enough new footage to make anyone excited unless they were already, and there's enough fans of the original book still furious that the producers threw out the oral history aspect of Max Brook's novel. Still, Brad Pitt, zombies. Anyone doubt it will be a success? Opens June 21.

Is anyone else still feel really awkward about Johnny Depp as Tonto? This time he's reunited with his old Pirates of the Caribbean buddy Gore Verbinski. That's good news and bad news. Verbinski gave him the freedom to create Captain Jack Sparrow, but that was all at the expense of Orlando Bloom, who always seemed a little adrift as supposed lead Will Turner. From these first hints, Armie Hammer looks like he'll be square-jawed enough to hang with Depp. Actually, that could be a cinematic first. Opens July 3. 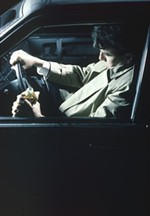