From the Vaults: Balancing Acts 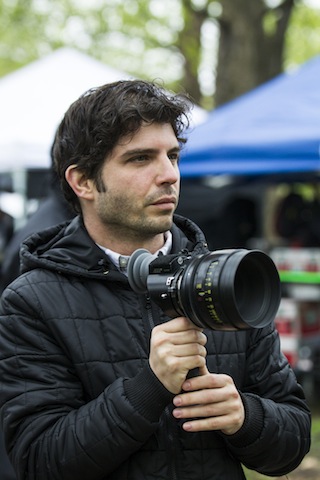 The zombie romcom Warm Bodies, which opens everywhere today, is directed by Jonathan Levine, whose last outing was the cancer comedy 50/50. With four feature films now to his name, Levine is quickly becoming the go-to guy for movies marked by shifting tonal palettes.

Levine doesn't mash-up genres so much as take a modulated approach toward them – knowing when to soft-pedal or bring up the volume on one aspect or the other. In this post-Twilight era, it's easy to see the appeal of inhuman creatures of the night falling for the same earthbound girls next door as you and me. These love stories have become a common trope of teen literature and movies. Yet in Warm Bodies, a zombie who has become bored with his existence grows ever deeper in love with a girl who should have become his victim but instead becomes the object of his affection after the zombie kills her boyfriend and eats his brains, thus acquiring fond memories of the girl. Sounds like one of those mistaken-identity plots in a romantic comedy to me.

Although Levine wrote the screenplay for Warm Bodies as well as directing it, he was handed the screenplay of 50/50 as a directing project only. Will Reiser's cancer-comedy script obviously needed special handling if it were not to seem crass or ill-advised. Even with the able talents of Joseph Gordon-Levitt and Seth Rogen in the lead roles, 50/50 needed just the right touch to keep it from becoming maudlin or inconsequential. The producers were right to seek out Levine, the director of The Wackness, a coming-of-age film in which a New York City teen barters with his shrink – trading pot for therapy sessions. The offbeat film won the Audience Award at Sundance and was nominated for an Independent Spirit Award. Other contradictions in The Wackness include the teen being a white boy who loves rap music, and the shrink being played by a seriously wack Ben Kingsley (who we get to witness having sex in a phonebooth with a young woman played by Mary-Kate Olsen – try to get that image out of your head!).

Levine, however, may be best known for his first feature film, which has yet to be released in the United States. The teen horror film, All the Boys Love Mandy Lane, was filmed around Bastrop and Austin, and was acquired for distribution by the Weinsteins after its first screening at the Toronto Film Festival in 2006. Six years later, the only possibility of seeing it in the U.S. is on an imported DVD. What happened to Mandy Lane is a tangled story of shifting audience tastes, mutating distribution companies, and bad luck. The film, true to Levine's distinct talents, takes a strong romantic bent before the teens start vanishing one by one. Levine may be a master varying tones, but he's been unable to unearth Mandy Lane from the virtual dead.