Star of 'Big Trouble in Little China' revives the raunch 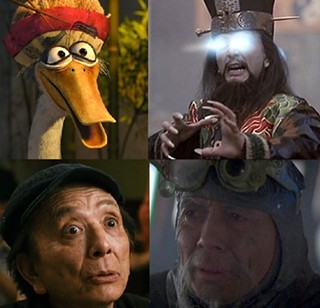 It takes a brave man to tell Weird Wednesday wonder Lars Nilsen to shut up and sit down, but when you're James Hong, you've earned the right.

James who, you say? Oh, please. You know him, even if you don't know you know him. Mr Ping, the adoptive father of Po in Kung Fu Panda? That's his voice. Hannibal "I just do eyes" Chew in Blade Runner? That's him too. Blind ping pong master Wong in Balls of Fury, the fiendish Lo Pan in Big Trouble in Little China, and honorable number one son Barry Chan in The New Adventures of Charlie Chan. Across six decades as an actor, he's done everything from working with John Ford on Jane Wyman Presents The Fireside Theatre, to voicing the English dub of the original Godzilla to a regular part in Disney XD's Pair of Kings. On top of that, he squeezed in a trio of directing gigs.

His visit to the Alamo Ritz Wednesday night was for a special screening of his second trip behind the camera: 1979's Teen Lust aka Girl Next Door, which Hong said "precedes Superbad and all these movies." For fans of his work, he said, it marks "the birth of my humor that you see in Big Trouble in Little China and Blade Runner and all these characters that, as you've probably noticed, all have this certain sense of humor, which I'm glad you enjoy, because I thought I was doing it only for myself. It seems there are a lot of sarcastic people in this world."

It's not, as Hong admitted, exactly a big budget outing. Hong said, "We'd take the leftover film from the big productions, then we'd use it, stop the camera, everybody would take a short break, then we'd put in the other short ends."

As for the cast, the actors were rough and ready: Very few ever got another credit. However, not everyone disappeared without trace. Kirsten Baker (Carol the eponymous girl next door) entered horror fame as a corpse in Friday the 13th Part 2: Michael Sloane (her disgusting neighbor Dustin) wrote Jim Carrey's tribute to Frank Capra, The Majestic, while Perry Lang (Carol's horndog boyfriend) is still a go-to TV director. While Hong said he remained proud of the performances, especially since he was paying them in buttons, there's a moment Lang does not love. It's when he gets pantsed while doing chin-ups. Hong recalled, "He asked me if he could pay me to take that scene out. I said, 'No way.'"

Before the screening Nilsen spent a good ten minutes building up Hong's low-budget raunchy outing as one of the great sex comedies – nay, just a great movie. When it played at Butt-Numb-A-Thon 9 in 2007, the audience was less than embracing. "They were wrong," declared Nilsen, "they were all wrong, and they were shitty people." Kudos, therefore, to Hobo With a Shotgun creator Jason Eisner and his crew for ducking out, sprinting to the old Mondo Tees in the lobby, and getting shirts made that said 'Teen Lust.' "They were right," Nilsen said, "And they were righteous people."

Hong's sly response to all this praise was to get Nilsen off the stage and playing the film. Still, he took time to warn the audience (in finest Lo Pan fashion) that, if they didn't applaud, "You will be skinned alive and boiled in oil."

Like so many 35mm sex comedies, prints of Teen Lust are a rarity and, if the one showed last night is anything to go by, microseconds from crumbling into dust. However, fear not, weirdsters, because Hong had some good news. Last December he recorded a commentary track for its upcoming DVD release through Code Red. The disc will include the original version, The Girl Next Door, struck from Hong's own negative, and the heavily edited Teen Lust. Hong explained the title change very simply. "The distributors said, "That's too tame. We're not selling tickets with The Girl Next Door," so they changed the name to Teen Lust and took some footage out so it would fit in the five-reel case."

What showed last night was a hybrid – the original edit with a Teen Lust title card shoved on the front. Hong told Nilsen, "If I knew it was this scratchy, maybe I would have bought a new print for you." So after a chance to re-watch his work in front of a packed house, how does Hong feel about it now? "Maybe I should make Teen Lust II," he said. "I may not receive an Academy award, but this is my award: To see people enjoy it." 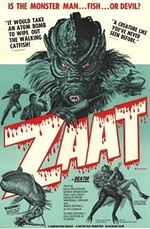 Weird Wednesday Interview: Don Barton and 'Zaat'
And you thought C.H.U.D. was slimy