Straight Out of Brooklyn 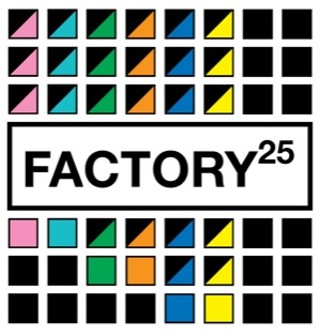 The Brooklyn, NY-based company Factory 25 describes itself as a distributor of "indie niche projects." Further aiming to travel any road but the middle, the distributor states that both high- and low-concept films and music have a home at the label. A new Austin Film Society series spotlights three of the company's films.

In describing the distribution company in their announcement of the new series, the Austin Film Society declares: "Factory 25 has emerged as one of the most important curatorial voices of new, independent American films." Factory 25's roster includes everything from Caveh Zahedi's abrasive documentary The Sheik and I to the dance film NY Export: Opus Jazz, as well as stirring low-budget dramas such as The Color Wheel, Green, and You Won't Miss Me. Niche music docs Until the Light Takes Us (about the Norwegian black metal music scene) and Better Than Something: Jay Reatard take their place along with a collection of the films of indie titan Joe Swanberg and the small masterpiece of off-putting drama, Frownland.

A great many films dotting Factory 25's catalog may be familiar to Austin residents due to their previous play dates at the South by Southwest Film Festival in years past. Two of the three films featured in the AFS program bear the SXSW pedigree: Convento and Francine and you can click on these titles for links to reviews by Marc Savlov and myself. Links to Austin Chronicle coverage of some other Factory 25 films are also provided above.

Convento opens the series on Wednesday, Jan. 9 and will be introduced by Factory 25 founder Matt Grady via Skype. The film is a documentary about a family of Dutch artists that takes up residence in a Portuguese monastery. The Oregonian is next up on Friday, Jan. 11. The film uses surrealism and psychedelia to convey a woman’s dreamlike state following a harrowing car accident. Concluding the series on Monday, Jan. 14, is Francine, a nettling character portrait that stars Oscar-winner Melissa Leo. All screenings take place at the Austin Studios Screening Room and begin at 7pm. Advance tickets can be purchased at www.austinfilm.org.