When Steve Jobs Was Fired, and Other VC War Stories 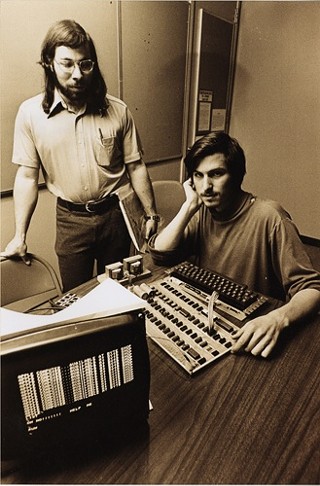 Ever wondered how companies like Atari and Apple first came to be? Their origin stories start with venture capitalism, which is the subject of upcoming doc Something Ventured: Risk, Reward, and Original Venture Capitalists, which airs Monday, Jan. 7.

From the filmmaking team behind the terrific 2005 doc Ballets Russes, Something Ventured world-premiered at the 2011 South By Southwest Film Festival. Wells Dunbar spoke with co-directors Daniel Geller and Dayna Goldfine then:

Austin Chronicle: With the business and corporate world seemingly at historically low popularity, your movie depicts a more valiant, noble form of capitalism and entrepreneurship. Was that a conscious decision?

Dan Geller: It became clear so quickly that there was such enthusiasm for bringing transformative technologies to the world. I wouldn't say that money was incidental –money was important –but the overwhelming enthusiasm was for taking these brilliant ideas and these inchoate technologies and making something earth-shattering with them. That's the energy, I think, that comes through in these stories.

Dayna Goldfine: I think what compelled us to take this one on, even though it is a positive view of business, was, one, it's a chance to do this kind of alternative view. But also, what these guys were doing –both the entrepreneurs and the venture capitalists –was creating real products. So much of what has come down in terms of the financial tragedy of the last few years has been caused by the investment bankers –people who were really just creating financial instruments, as opposed to changing the world with technology by creating or funding an Apple Computer, or a Cisco Systems, or a Genentech. ... I think business in general has gotten a black eye because of certain areas of the economy.

Dan Geller: There's a funny echo with President Obama talking about this generation's "Sputnik moment," and going back to the birth of venture capital, arguably the birth of the high tech age, and seeing it came out of Eisenhower's Sputnik moment –with the real Sputnik!

Dayna Goldfine: For me, the shocking thing early on in the project – and there always is one – is you get this real reminder of how quickly and how recently this technology arrived on our doorstep. I think we forget today, with Twitter and Facebook and all kinds of new technology, the platforms that are addressed in Something Ventured aren't really that old, but we take them so much for granted.

Read the whole interview ("Veni, Vidi, Venture," March 11, 2011) online. Something Ventured airs Monday, Jan. 7, 10pm on KLRU, with additional airings on Jan. 13 at 2pm and 4pm. And see below for a clip from the film detailing when Steve Jobs was fired. Yeah, that Steve Jobs.